Apple doesn’t normally release a public beta of its upcoming Apple Watch software, but with watchOS 7, the company appears to have had a change of heart. That means anyone with a compatible Apple Watch can get a taste of the latest new Apple Watch features, such as sleep tracking, new watch faces, watch face sharing, new workout types, and more. 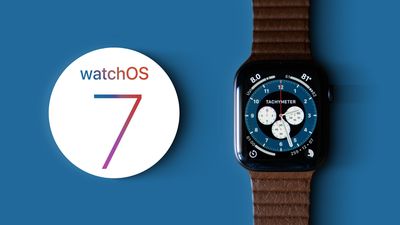 Before you rush to install the watchOS 7 public‌ beta, it’s worth remembering that this is pre-release software, so don’t expect things to work 100 percent trouble-free. Apple has released relatively stable beta versions of its operating systems this year, but beta software is inherently unstable, as it contains bugs and issues that have yet to be ironed out.
Another thing to note before installing the beta is that watchOS 7 completely removes the Force Touch gesture from the operating system, so expect a slightly different experience for some functions and menus. Also, bear in mind that there’s no way to downgrade to watchOS 6 after installing the watchOS 7 beta.
watchOS 7 is compatible with Apple Watch Series 3, 4, and 5. If you have one of those models, here’s how you can install the watchOS 7 public beta.

You need to be running the iOS 14 beta on the iPhone that your Apple Watch is paired with. Follow our walkthrough guide on how to do that, then come back and follow these steps.
After a few minutes your Apple Watch will restart with the new watchOS public beta running.

Click here to learn more about some of the new features of watchOS 7.

CBDT To Release Crypto Tax FAQ Before July 1 To Provide...

Anxious about Bitcoin’s price swings? Here’s your food for thought –...

What you need to know about Walmart's sale on Amazon Prime...