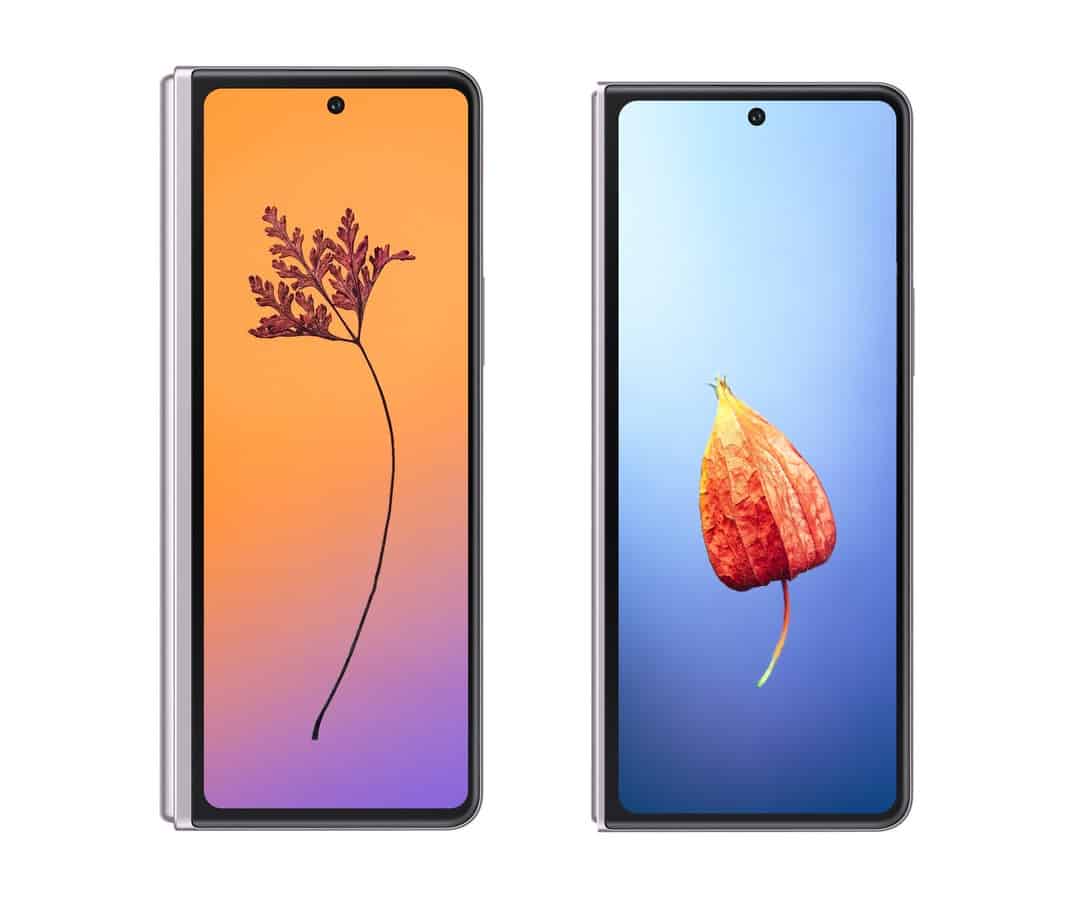 On top of everything, the device itself is said to be lighter than its predecessor. It is said to be “very light” for a foldable of its size. It will still be quite hefty, though, as there’s only so much it can be done with a foldable device of the Galaxy Z Fold 4’s size.
Now, many people are expecting an S Pen silo to be included inside this phone. Well, that likely won’t be the case. Several reports arrived claiming that it won’t be happening, and that makes sense if the device is to be lighter than its predecessor. Samsung likely doesn’t have the required space inside the phone to make this happen, and/or doesn’t want to make the phone heavier.
The Samsung Galaxy Z Fold 4 will be quite a powerful device. Its “100% accurate” specs have surfaced, courtesy of a tipster. It will be fueled by the Snapdragon 8 Gen 1+ SoC. That is Qualcomm’s flagship SoC made by TSMC, which offers better performance and thermals than the Snapdragon 8 Gen 1. Samsung will utilize 12GB of LPDDR5 RAM and 256GB, 512GB or 1TB of UFS 3.1 flash storage inside of this smartphone. Those options may be market-dependent as well.
The Galaxy Z Fold 4 is expected to have a different display aspect ratio than its predecessor (on both displays). Samsung will likely switch from 25:9 to a 23:9 aspect ratio. The company will retain the same display sizes. A 7.6-inch QXGA+ AMOLED display with 120Hz refresh rate will be included on the inside. That will be the main, foldable panel. A 6.2-inch HD+ AMOLED display with 120Hz refresh rate will be used as a cover display. Both of those displays will be flat. It is also worth noting that the crease on the main panel will be less visible.
What about battery capacity? Well, the Galaxy Z Fold 4 is expected to have the same battery capacity as its predecessor. In other words, you can expect a 4,400mAh battery to be included inside the phone. Those batteries will be provided by ATL, it seems. 25W wired charging will be supported, in addition to wireless charging.
The Galaxy Z Fold 4 is said to have three cameras on the back. Based on the information that surfaced, those cameras will be more powerful than the ones on the Galaxy Z Fold 3. Samsung is said to include a 50-megapixel main camera here, along with a 12-megapixel ultrawide camera. On top of that, a 10-megapixel telephoto camera (3x optical zoom) is also expected. A tipster even said that the telephoto camera will be Samsung’s best 3x camera thus far. 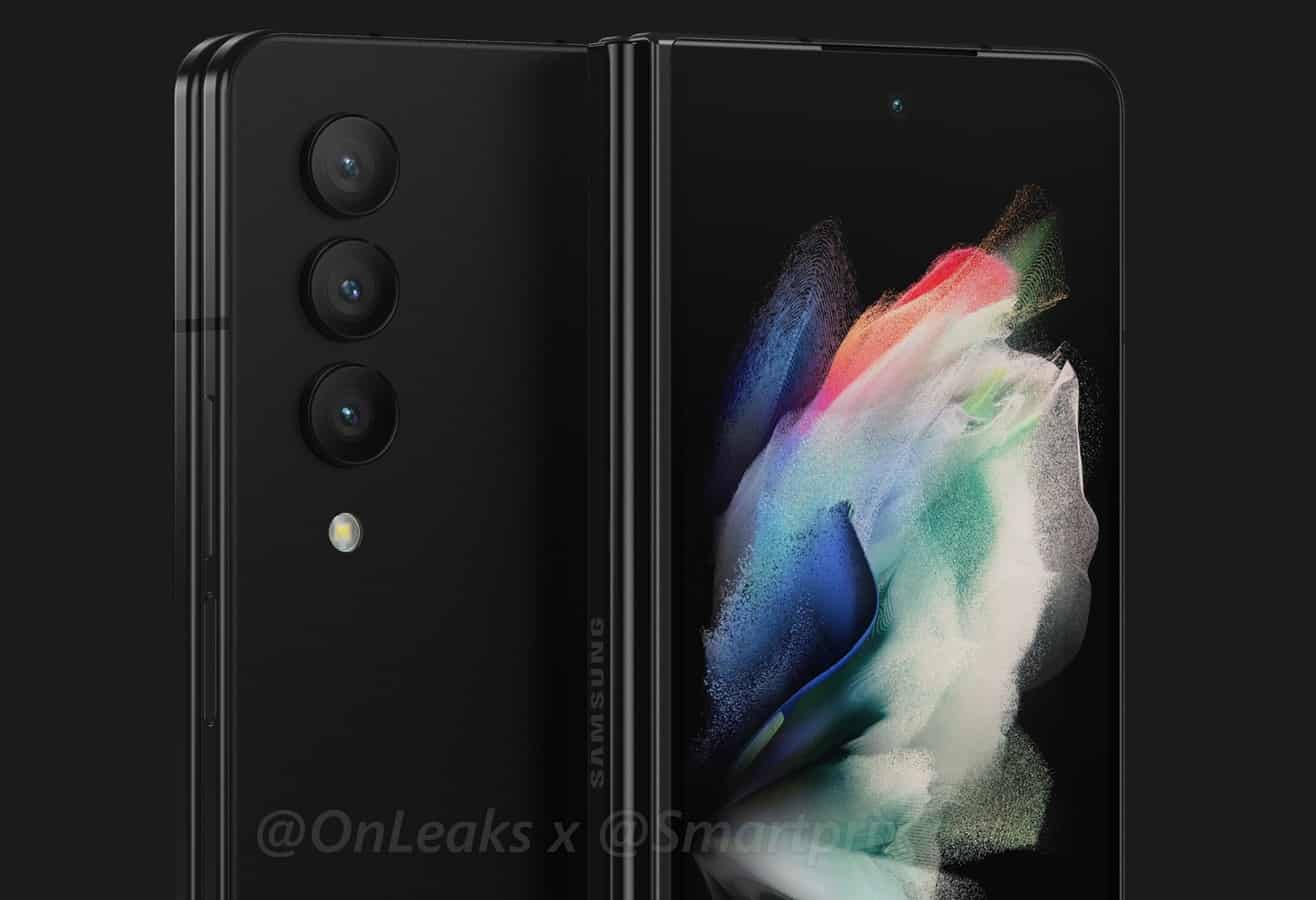 Unfortunately, that is everything we know about its cameras thus far. Do note that the Galaxy S22 includes a 50-megapixel main camera, so it’s possible the Galaxy Z Fold 4 will ship with the same one. If that ends up being the case, you’ll get an f/1.8 aperture, 23mm lens, along with Dual Pixel PDAF, and OIS support. In regards to the ultrawide camera, it may offer a 120-degree FoV, and 1.4um pixel size. All three cameras will protrude straight from the phone’s back, there won’t be a dedicated camera island on the back.
There will be a front-facing camera on both the main and secondary displays. The main display will once again include an under-display camera. That camera will be hidden better than the one on the Galaxy Z Fold 3. A 4-megapixel camera (2.0um pixel size) will be used under the main display. A 10-megapixel selfie camera will sit on the outer display (punch hole).
First and foremost, let’s just say that the Galaxy Z Fold 4 is said to launch in four color variants. Based on the information thus far, the phone will arrive in Gold, Gray, Light Blue, and Light Violet color options. Samsung will almost certainly have fancy names for those color options, but that’s what we’re getting. It was reported in mid-May that mass production of the Galaxy Z Fold 4 parts started. Samsung is expected to start mass-producing the Galaxy Z Fold 4 units in June or July at the latest. That all goes to say that the phone will get announced in August, as expected.
Many of you are probably wondering about its price. Well, we have some good news. The Galaxy Z Fold 4 is tipped to be more affordable than its predecessor. That’s not to say it will be cheap, but it will cost less than the Galaxy Z Fold 3. The Galaxy Z Fold 3 was priced at $1,800 at launch, so the Galaxy Z Fold 4 may cost somewhere between $1,700 and $1,800. Its exact price tag did not surface just yet, at least not by a reliable source. The Galaxy Z Fold 4 is expected to arrive at some point in August, alongside its sibling, the Galaxy Z Flip 4.
Copyright ©2022 Android Headlines. All Rights Reserved.
Kristijan has been writing for Android Headlines since 2014 and is an editor for the site. He has worked as a writer for several outlets before joining Android Headlines, and has a background in writing about Android and technology in general. He is a smartphone enthusiast that specializes in Android applications, and that platform in general. Contact him at [email protected]
Main
Deals & More
Android News
Sign Up! envelope_alt 
Get the latest Android News in your inbox everyday arrow_right 
Sign up to receive the latest Android News every weekday:

Ms. Marvel Episode 4 Release Date and Time on Disney Plus...