GoldDerby
This marks the sixth year that the entire membership of the academy can take part in the nomination stage of the Animated Feature Oscar race. Previously, only select members of the Short Films and Feature Animation Branch and invited members from the other branches could serve on the committee that decided the nominees. Collectively, the committee tended to favor traditional and stop-motion films over CG fare. (Scroll down for the most up-to-date 2023 Oscars Best Animated Feature predictions.)
Mandatory attendance at screenings has been dropped and voters who want to be on the nominations committee need only attest to having seen all the contenders at theaters or screenings or by way of the the academy’s streaming site.

The method of determining the nominees has also changed. Gone is the system where voters scored a film from 6 (poor) to 10 (excellent) with only those movies meriting an average mark of at least 7.5 eligible for a nomination. That method has been replaced by the same preferential ballot used to determine the contenders in acting, directing, writing and the craft categories (except makeup/hairstyling and visual effects) for decades.
This system requires members to rank their top five choices and a multi-step system of counting winnows the various contenders down to the final nominees. The threshold for five nominees remains 16 entries; this year’s slate of contenders numbers at least that.
UPDATED: August 5, 2022
Leading Contenders (alphabetical by title)
“Guillermo del Toro’s Pinocchio” (Netflix)
“Luck” (Apple TV+)
“Marcel the Shell with Shoes On” (A24)
“Strange World” (Disney)
“Turning Red”  (Disney/Pixar)
Strong Contenders (alphabetical by title)
“Apollo 10 1⁄2: A Space Age Childhood” (Netflix)
“DC League of Super-Pets” (WB)
“Inu-Oh” (GKIDS)
“Lightyear” (Disney/Pixar)
“My Father’s Dragon” (Netflix)
“Puss in Boots: The Last Wish” (Dreamworks)
“Wendell & Wild” (Netflix)
Possible Contenders (alphabetical by title)
“The Bad Guys” (Dreamworks)
“The Bob’s Burgers Movie” (2oth Century)
“Lyle, Lyle, Crocodile” (Columbia)
“Minions: The Rise of Gru” (Universal)
“Paws of Fury: The Legend of Hank” (Paramount)
“The Sea Beast” (Netflix)
Make your predictions at Gold Derby now. Download our free and easy app for Apple/iPhone devices or Android (Google Play) to compete against legions of other fans plus our experts and editors for best prediction accuracy scores. See our latest prediction champs. Can you top our esteemed leaderboards next? Always remember to keep your predictions updated because they impact our latest racetrack odds, which terrify Hollywood chiefs and stars. Don’t miss the fun. Speak up and share your huffy opinions in our famous forums where 5,000 showbiz leaders lurk every day to track latest awards buzz. Everybody wants to know: What do you think? Who do you predict and why? 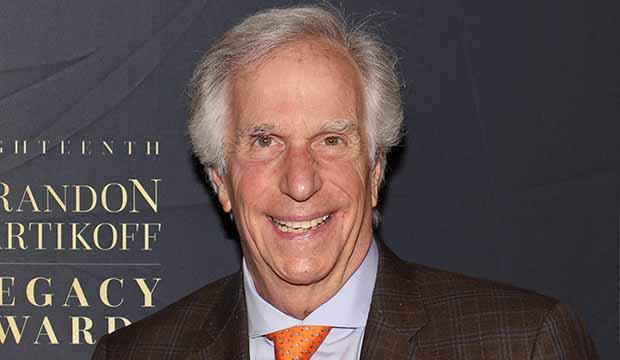 Watch our lively chats with Henry Winkler (“Barry”) and over 150 more nominees, including…
21 mins ago
23 mins ago
23 mins ago
10 mins ago
39 mins ago
Is ‘Titanic’ still the king of the world? On this week’s episode of Oscars Playback, experts Joyce Eng and Christopher Rosen look back on the biggest Academy Awards ever, when James Cameron ruled and Matt and Ben were mere newcomers.
Gold Derby is a part of Penske Media Corporation. © 2022 Gold Derby Media, LLC. All Rights Reserved.
Deadline Media

Close Encounters Of The Third Kind Ending Explained: This Means Something, This Is Important – /Film

Apple is looking into giving Apple Watch a camera – Mashable

Aabha Sharma - August 18, 2022
Tom's Guide is supported by its audience. When you purchase through links on our site, we may earn an affiliate commission. Here’s why you...

Close Encounters Of The Third Kind Ending Explained: This Means Something,...

Apple is looking into giving Apple Watch a camera – Mashable