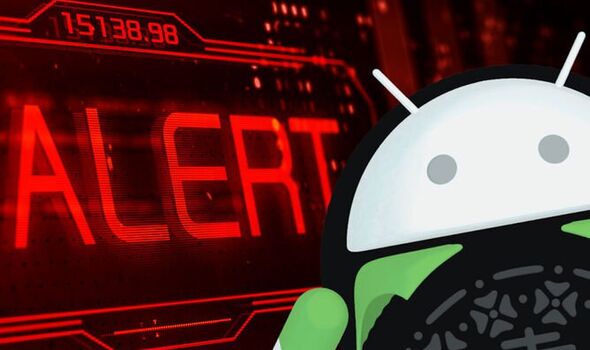 We use your sign-up to provide content in ways you’ve consented to and to improve our understanding of you. This may include adverts from us and 3rd parties based on our understanding. You can unsubscribe at any time. More info
Anyone with an Android device in their pocket needs to make sure it’s fully updated with the very latest software. That’s because Google has just announced the release of an urgent update that fixes a total of 41 issues with some so serious the US technology giant has given them a critical rating. Google has said that one of the most severe bugs discovered within the Android OS could lead to remote code execution with no additional execution privileges needed.
That’s incredibly serious as these types of flaws can allow hackers to take complete control over a device and steal personal data. Another two of the critical flaws that were found could also allow hackers to gain access to devices by sneaking vicious malware onto them.
Now that Google has pushed out this release, phone manufacturers who use the Android operating system are also following up with their own upgrades.
Samsung, for example, has already announced that it has pushed out its June patch for all of its major flagship models.
This update is even more important as along with the 41 problems discovered by Google, Samsung has also patched a further 25 vulnerabilities and exposures that affect its devices.
READ MORE: WhatsApp warning: Costly new scam targets chat app and thousands have already been tricked
If you have an Android device it’s worth checking to see if any updates have been pushed out to your phone to make sure it stays safe from attack.
Here’s how to check what version of Android you are running and how to update the phone.
You can find your device’s Android version number, security update level, and Google Play system level in your Settings app. You’ll get notifications when updates are available for you. You can also check for updates.
CHECK YOUR VERSION OF ANDROID
• Open your phone’s Settings app.
• Near the bottom, tap System And then System update.
• See your “Android version” and “Android security update.”
HOW TO GET ANDROID UPDATES
• Open your phone’s Settings app.
• Near the bottom, tap System and then System update.
• You’ll see your update status. Follow any steps on the screen.
HOW TO GET SECURITY UPDATES
Most system updates and security patches happen automatically. To check if an update is available:
• Open your device’s Settings app.
• Tap Security.
• Check for an update:
• To check if a security update is available, tap Google Security checkup.
Follow any steps on the screen.
See today’s front and back pages, download the newspaper, order back issues and use the historic Daily Express newspaper archive.