Sign Up! envelope_alt 
Get the latest Android News in your inbox everyday arrow_right 
Android News / 6 New iOS 16 Features Android Already Had
Today, Apple is launching iOS 16, after having announced it at WWDC back in June and having countless beta releases. Today is the big day, which could kill the internet worldwide. We’ve actually seen that happen before with previous iOS releases. Though, it hasn’t happened in a few years.
So what’s new in iOS 16? Well, as it turns out. Quite a few features that Android has had for a while. Now, we always joke that iOS is years behind Android, but Android also copies features from iOS years later. So it goes both ways. But today, we are going to be talking about the six features that iOS 16 is bringing to iPhones that Android phones already have. To see everything new in iOS 16, head to Apple’s site here.
Perhaps the biggest new feature in iOS 16 is the new lock screen. This is really the biggest change ever to the lock screen on iOS. The only other change was removing the “Slide to unlock” on the lock screen. 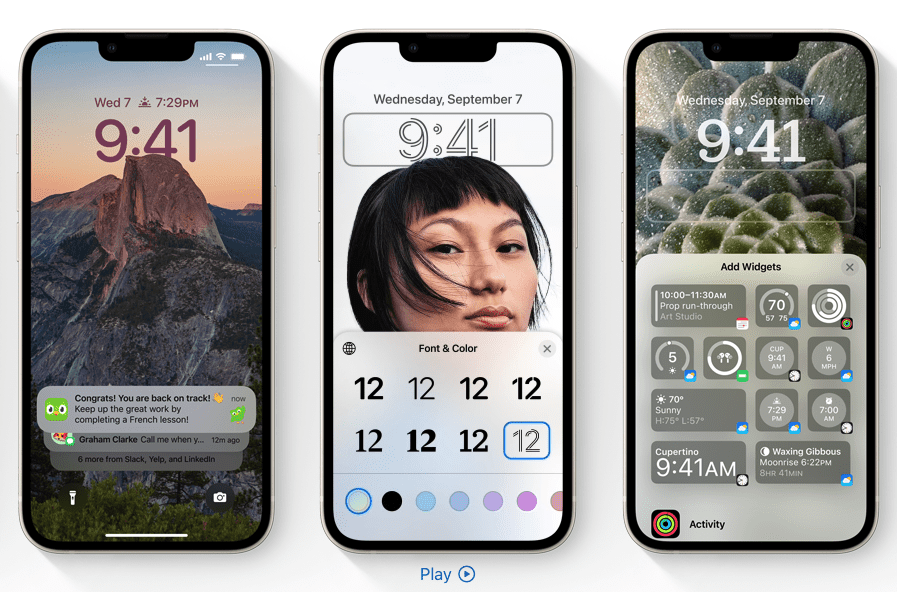 But in iOS 16, users are going to be able to add widgets to the lock screen. These are basically smaller versions of what are on the home screen, and work nicely with the iPhone 14’s always-on display. Users can also change the font on the clock, which seems minor, but does add some customization. Notifications now trickle in from the bottom. So you still see them, but they aren’t covering up your lock screen wallpaper.
Speaking of which, Apple is allowing users to set different lock screens. So you can have them tied to different Focus settings. Have a lock screen for work, another for home, and maybe another for do not disturb.
Now, Android has allowed for lock screen customization, off and on for many years. Google actually debuted lock screen widgets many, many years ago. But they’ve kind of gone away. And with stock Android, there’s not a lot of customizability there. But that can be changed with apps.
This is one of the features that will be coming “later this year” according to Apple. But it’s a feature that Google Photos has had for many years now. Basically, allowing you to share photo albums with people, contribute photos based on a start date or the people in the photos. And you can even choose to have them automatically added and shared.
Google Photos added this a while ago (it’s actually a feature I use quite a bit on Google Photos). But good to see the Apple Photos app finally adding it.
Apple Maps has had its fair share of criticism since it debuted in 2012 (crazy to think its been around 10 years already). Including the app icon telling people to drive off a bridge. But Apple Maps has gotten much better over the years. I still prefer Google Maps, since it uses crowdsourced data, so there’s more data available. 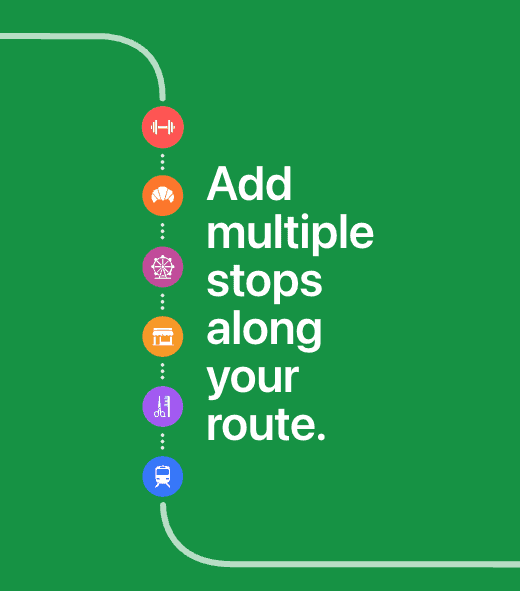 With iOS 16, Apple Maps is getting the ability to add multiple stops to your route. A feature that Google Maps added back in 2016. It’s a pretty self-explanatory feature to be quite honest. You can add multiple stops, maybe you’re going to pick up your mom and then go to the movies. You can put in your Mom’s house as a stop, and then the movie theater as a final destination, instead of setting it up for each destination.
A feature that Apple Maps is adding that I really hope Google Maps adds soon is, Transit Cards and Fares in Maps. Google Maps will tell you what transit you’re on (especially useful in cities like New York City and San Francisco). But now in iOS 16, Apple Maps is adding the ability to see how much it’ll cost. Apple Maps can already navigate you through subway stations (very, very useful in NYC), so this is another good addition.
iOS 16 also brings Live Captions system-wide. It works identical to how it does on Android. It works in Facetime and virtually any other app out there. The interface even looks identical. The only real difference here is the speech-to-text abilities of Apple vs Google. And in early testing, it looks fairly even.
Google introduced Live Captions at I/O in 2019, and then it debuted on the Pixel 4 later that year. So this feature isn’t that old. And only rolled out to all Android devices in the last couple of years. 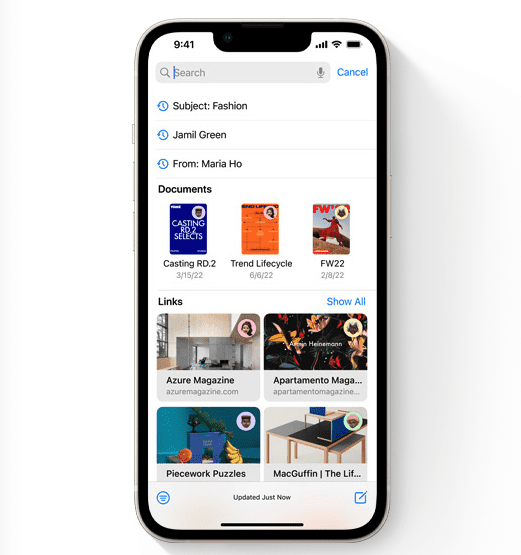 Unlike Android, iOS doesn’t really update its apps independent of the operating system. So a lot of features in iOS 16 are purely app-based. Like the improved search in Mail. This improved search is something Gmail has been doing for many, many years. Basically, Apple is adding auto-complete to your search, and is finding stuff in your mail before you even finish your search query.
Weirdly, you weren’t able to follow your favorite teams and leagues in Apple News before iOS 16. I mean, Google had this feature with Google Now way back in 2012, if not a bit earlier. It’s kinda crazy that it took Apple so long to do this.
But now you will be able to follow your favorite teams and leagues and get the best stories from hundreds of publications. Apple News will also deliver highlights and get the latest scores, schedules, and standings right in your news feed.
Apple is going to start rolling out iOS 16 today, September 12, to millions of phones around the world. And there’s one more feature here that Android isn’t able to match. And that is the devices getting updated. Apple is updating every iPhone dating back to the iPhone 8, which came out in 2017. That’s a five-year-old phone that is still getting updated to the latest version of iOS. Meanwhile some Android phones can’t even get updates after two or three years. Apple did finally drop support for the iPhone 6S and 7 this year though, those were sitting at nearly seven years of updates, however. 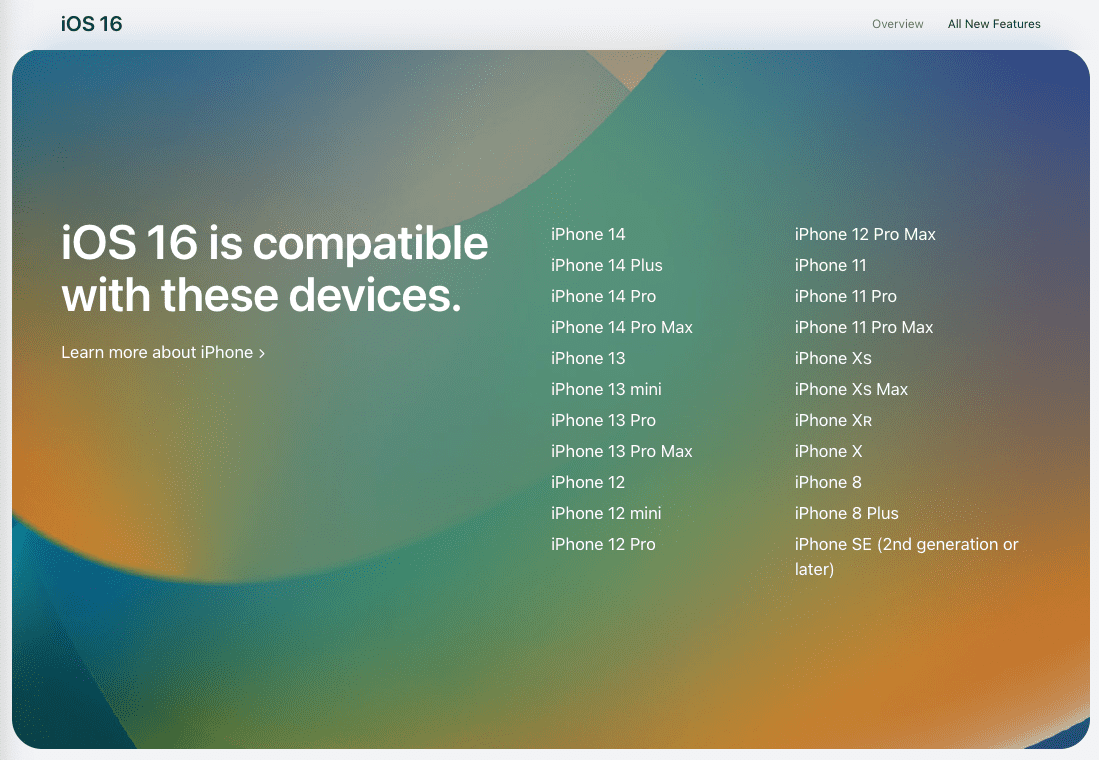 If you happen to have a compatible iPhone laying around, you should see the update available around 1PM ET or 10AM PT.  iPad OS 16 has apparently been delayed, so this will only be for the iPhone today.
Copyright ©2022 Android Headlines. All Rights Reserved.
Alex has written for Androidheadlines since 2012 as Editor of the site and traveled the World to many of the biggest Smartphone and Technology events. Alex has a background in Technology and IT and Deep Passion for Everything Android and Google. His specialties lay in Smartphones of all budgets, Accessories, Home Automation and more. Contact him at [email protected]
Main
Deals & More
Android News
Sign Up! envelope_alt 
Get the latest Android News in your inbox everyday arrow_right 
Sign up to receive the latest Android News every weekday: