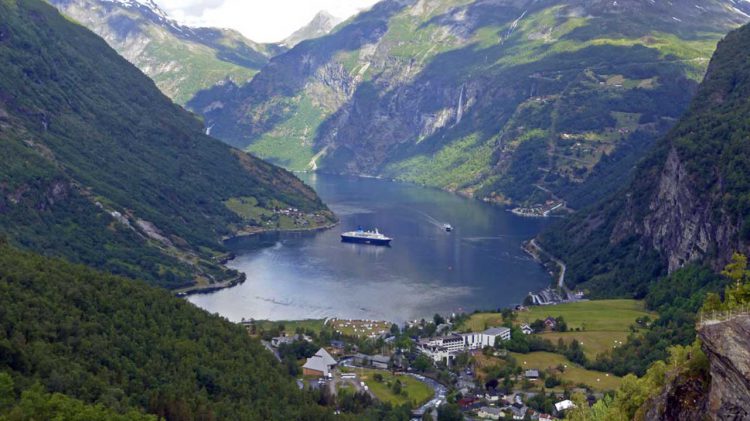 Fjords are commonly known as long, narrow, and deep inlets within the ocean that oftentimes sit between two large cliffs. They have always been a major geographical factor, in terms of determining the shape and size of Earth, but the new role that a study has found them to play might be the most important of any in 2015.

According to a recent study, fjords actually play a significant role in reducing the carbon emissions of the entire planet. The study found that each year, nearly 18 million tons of carbon each year.

Richard Smith at Global Aquatic Research LLC, which is operated in New York State, led the study. He pointed out that, “Fjords have largely been ignored,” throughout the entire process of climate change studies, and emissions studies.

The study also pointed out that due to the dense richness of the soil and the constant movement of the fjord is ultimately what has driven the type of results we see today. The process by which this happens though is “organic carbon burial,” and it’s a major player in terms of determining how this entire process works.

The bigger picture understanding here is that fjords go a long way to absorbing carbon that otherwise wouldn’t be absorbed, and putting it back in the Earth, instead of pushing it outward into the atmosphere is significant. Candida Savage, a member of the study team, pointed out that, “In essence, fjords appear to act as a major temporary storage site for organic carbon in between glacial periods. This finding has important implications for improving our understanding of global carbon cycling and climate change.”

These geological features play a major role in understanding the world around us and understanding how we can potentially save Earth. However, even as the members of the team pointed out – there is a lot that’s still misunderstood when it comes to fjords and their role in absorbing carbon emissions.

The absorption though, clearly has a positive impact on the Earth as a whole. This is important to remember as we head into a time where every little bit makes a significant difference, and right now, if these features were to stop functioning – would put Earth in a very bad spot.

We have to protect our natural carbon fighters. If we don’t ensure that they can continue to thrive and function, we could make our worsening global health – even worse – which would prove disastrous for Earth, humans, and really every organism living.

Thank you CRISPR, Scientists on the verge of creating DESINGER babies