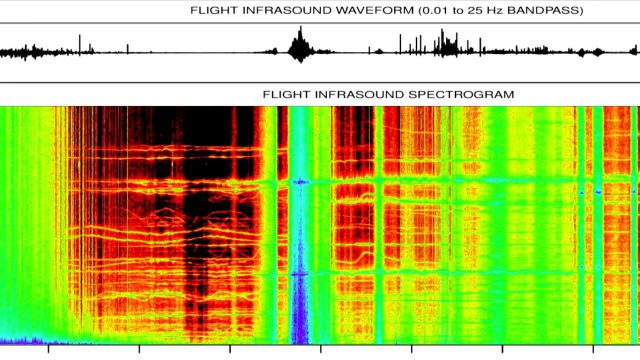 Infrasound microphones managed to pick up sounds that haven’t been heard before in space in nearly 50 years. The sounds appeared to be whistling or scratching sounds, and while they weren’t anything definitive, they certainly were interesting.

The sound file was released and lasted approximately one minute with multiple plays included. This is an interesting find given the fact that sound is typically not something that is thought about in space. After all, the sound can’t even be captured through traditional methods given the fact that space is a vacuum.

The sounds came from about 22-miles above Earth’s surface, or right at the edge of space. While that might seem like something taken out of a sci-fi movie, it is complete fact. Daniel Bowman of the team said it sounded “sort of like the X-Files,” but didn’t elaborate or speculate on what other causes could have been. However, that isn’t necessarily putting this mystery to rest.

The balloon that captured the sound was over New Mexico when it captured the sounds. Researchers believe that it could have been noise from a wind farm below, or numerous other things like waves from the Ocean or even clear air interference. Bowman said of the sounds that, “I was surprised by the sheer complexity of the signal. I expected to see a few little stripes.”

Right now, that’s the major takeaway from this particular situation. Interestingly, the waves of sound were significantly more powerful than what anyone had previously expected, or what anyone is looking at the sounds on a screen expected to see. In fact, they essentially ruled out the possibility that anything of this nature would have been happening. Instead, science is now left with one of the most interesting questions that has ever been posed in science to date.

Lynn Schindler - February 17, 2020
The foldable display of the recently launched Samsung Galaxy Z Flip may not be as durable as is being claimed by its makers, or...