Jupiter is without question one of the most interesting planets in our solar system. It is home to the brilliant red storm that is visible without much effort at all, and has some of the most interesting qualities of any planet within that solar system. That being said, Jupiter has a moon that has caught the attention of scientists and astronomers.

Europa is the name of that moon, and it would appear as though there are watery oceans that exist beneath the crust of the surface. The icy crust is a challenging aspect of this ordeal. However, it would appear as though a small, eel-like robot could successfully reveal the odds of life being on this moon. In fact, this is where scientists believe that the first signs of life, other than human life, will be found.

Interestingly, that is fairly close in comparison to some of the other chances, where life could potentially exist. However, finding it so close would be one of the most ironic things that have happened in the history of space studies. The eel-like robot in question just received a $100,000 grant to move into its next phase of work. The grant came from NASA’s Innovative Advanced Concepts. Rob Shepard, the co-investigator on this particular project pointed out that the robot is built to “move more like a natural organism.”

He went on to point out that the design of the robot, to follow the general concept of an eel, or a creature that would be found in our oceans was “primarily because of [their] relative simplicity.” He also pointed out, “we thought it would be a good idea to make machines that swim like our terrestrial ocean animals.” The concept is simple enough, but if it is successful in real-time, it will be interesting to see what other types of applications this type of robot could see. 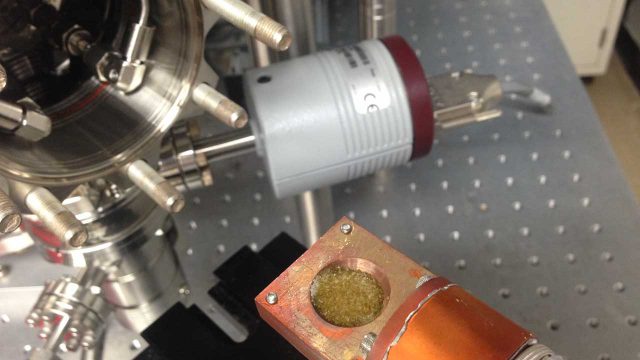 Humans have been experimenting with robot technology for years now, especially when it comes to recovery or special operations in places like disaster zones. Essentially, this means that people are given the opportunity to go places where they otherwise would not have the ability to, whether that is because it’s too far away or simply isn’t in a place that would be accessible through traditional means.

Kevin Hand, the lead author of the study that produced this robot pointed out that, “The lab setup mimics conditions on Europa’s surface in terms of temperature, pressure and radiation exposure. The spectra of these materials can then be compared to those collected by spacecraft and telescopes.” Given the fact that this robot has already been tried and tested in a scenario, which it could find itself, that lends itself to having better odds of success.

However, as Kurt Niebur pointed out, all of this comes down to one thing. He said, “We have many questions about Europa, the most important and most difficult to answer being, Is there life?” Humanity has been seeking other forms of life out there in galaxies far away for years, and now – they could have their answer on a moon, in our very own backyard.

Abhinav Mishra - May 19, 2022
Filed under:CODA did what Netflix couldn’tCODA has become the first film from a streaming service to win Best Picture at the Oscars, in a...

How to watch 'Morbius' — new 'Spider-Man' spinoff is now streaming...