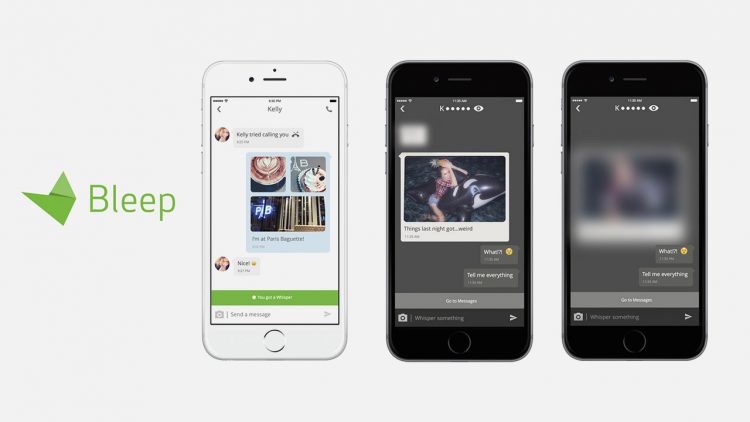 The app was announced back in 2013 as BitTorrent Chat, which was available in alpha on Windows along with other platforms for quite a while. The app is P2P, unlike many other messaging services, so that there’s no server involved in communications, which implies clients communicate directly. In addition, Bleep cannot be intercepted as all its communication is encrypted end-to-end, and we can assume there’s no compromise on privacy.

Moreover, there’s no need for a tedious sign-up process for users to get started with Beep. Its P2P technology allows users to start communicating, doing away the need to provide an email, phone number or a username, although they can if they wish to.

Users can share their Bleep key – available within the client – with their friends or can even register their mobile number or an email as it makes it easier for users to find their friends. It also has support for voice calls and is completely free of charge for personal use.

While its official launch also brings with it a new nifty feature called ‘whispers’, which comes in handy in cases where users would who want to prefer a more secretive form of messaging, as the message can self-destruct in about 25 seconds.

“For parts of a conversation that you’d like to keep temporary, tapping ‘Go to Whisper’ on your phone sends messages and pictures that disappear from devices after they’ve been viewed (25 seconds); holding shift on PC and Ctrl on Mac while hitting send does this on your desktop. You can switch back and forth between normal and whisper messages seamlessly, so you don’t lose the flow of your conversation,” Farid Fadaie, Head of Product for BitTorrent Bleep, elaborated in a blog post.

Meanwhile, reports also suggest that the company is planning to go full throttle on Bleep, with full multi-device support along with message syncing across all platforms and group chats. For now, the company is also exploring licensing and other revenue models for businesses.

NASA captures all of Pluto’s moons Styx, Kerberos, Nix, Hydra, and Charon together