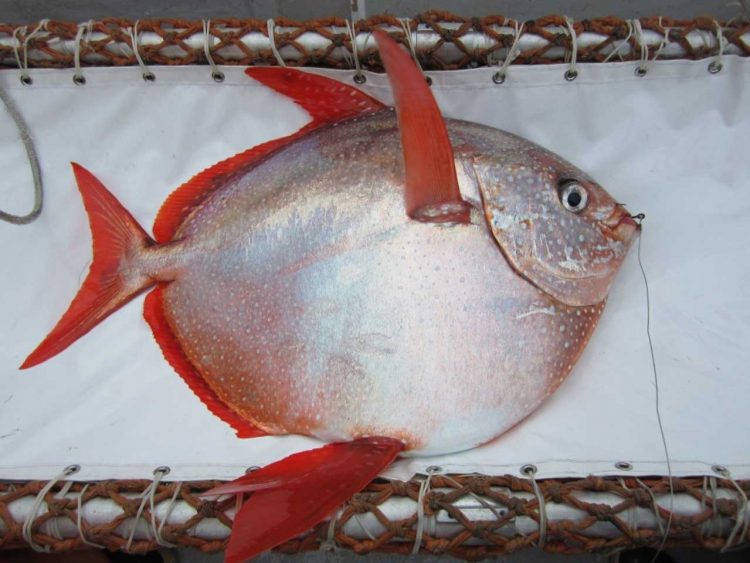 Scientists have managed to find one of the most unique and strange looking fish you’d ever see. Interestingly, the fish happens to be one of the rarest on Earth for a reason entirely different than how it may look. Scientists argue that the Opah is the first fish to ever be recorded or seen that is a warm-blooded creature. This find completely clears the way for some of the most interesting dialog to have ever been placed in the scientific community. Previously, fish were simply not thought to be warm-blooded, and exceptions to that rule seemed pretty outlandish to those who had spent years studying varying breeds and species of fish.

The science behind a fish being warm-blooded versus cold-blooded is really about how they go about obtaining their heat. Cold-blooded fish simply rely on their environment, or the water to keep them warm. That easily explains migration patterns, territories, and things of that nature. The Opah though, seems to follow a set of rules that are entirely its own. It’s a warm-blooded creature, which means that it’s entirely capable of surviving without any heat from the outside world.

Nicholas Wegner of NOAA, who led the study, pointed out that, “Increased temperature speeds up physiological processes within the body.” He went on to point out that, “As a result, the muscles can contract faster, the temporal resolution of the eye is increased, and neurological transmissions are sped up. This results in faster swimming speeds, better vision and faster response times.” His insights also revealed how the fish kept warm. He said, “The Opah appears to produce the majority of its heat by constantly flapping its pectoral fins which are used in continuous swimming.”

Heidi Dewar of NOAA’s Southwest Fisheries Science Center pointed out that the Opah has an intense advantage when it comes to hunting and remaining atop its game, so deep within the ocean. She said, “The prey’s at a complete disadvantage,” in referring to how a cold-blooded fish might do against a warm-blooded fish, which would clearly have an advantage. Dewar went on to point out that, “I think that it’s really exciting that we spend so much time studying especially these larger fish to find something that’s completely unique and has never been seen before in any fish,” which paid respect to just how large the Opah is. Altogether, we’re talking about a fish that is the size of a car tire, in many cases, which makes it especially unique for this type of space.