LG Watch Urbane vs LG G Watch R: Is it worth it?

by Brandon Martin
in Technology
Reading Time: 3 mins read
A A 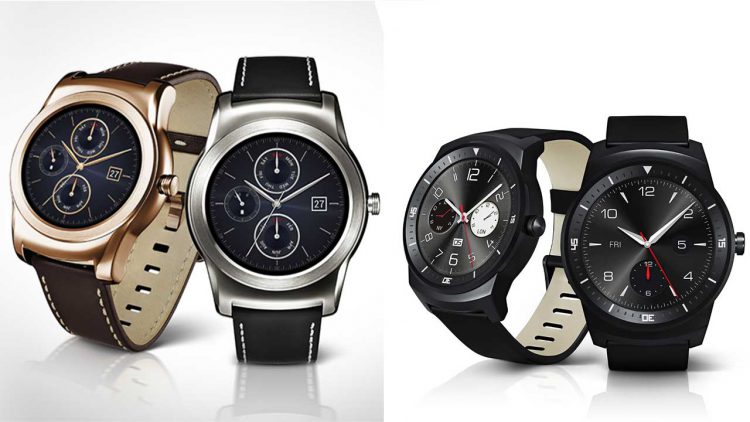 LG has officially introduced the LG Watch Urbane to most markets, but many are wondering about how well this smartwatch will perform against the competition. Some believe that there will be fierce competition within the LG ranks while others believe that the newest edition of the LG smartwatch family wins by a margin over its older sibling.

That’s why many have begun looking at the specifications of the devices they work with. On one hand, LG has introduced a product that is significantly upgraded. However, it isn’t just about the upgrades, as LG learned some valuable lessons between the launch of the LG G Watch R and the launch of the LG Watch Urbane.

While the specifications of the devices are nearly identical, there are some areas where LG upped the ante in a very positive way. First, let’s point out that both devices come toting a Qualcomm® Snapdragon™ 400 processor. The P-OLED display is a nice upgrade on the latest version of the LG Watch Urbane, and it also offers a significantly improved battery. The battery on the latest device can last as much as two days when running full-blown. However, some have argued that this requires the light use of the device itself. Either way, it’s a significant improvement and just one way that the Watch Urbane is significantly better than its predecessor.

Urbane is also available in Wi-Fi and runs Wi-Fi in accordance with the rest of its unit. This is an added feature for LG smartwatches that improve the ability. The LG Watch Urbane is also about 20g lighter than its older sibling – something that is very appealing to new users. The LG Watch Urbane will also be more water-resistant and dust-resistant than previous models, making this an incredibly enticing buy.

While the size of the battery wasn’t overhauled, the actual efficiency of the device was improved. The sensors were made more accurate, the software inside is far more functional and fitting for a device that totes efficiency and as a whole, this device delivers from top to bottom. When looking at the two devices there isn’t any doubt that the LG Watch Urbane is going to seriously outperform the LG G Watch R.

However, some of the improvements that were made to the watch itself were improvements that came from Google and their improvement of their operating system. Google is giving Wear users the ability to search through Google Play Music, which is a shift from what users had previously seen. This was something that users didn’t expect to see until significantly later into the process of developing a new product. In fact, many thought that the next operating system would be the time when users would see this change come through.

Interestingly though, Google is already getting ready to unveil their next edition of Android. This summer it’s expected that Android 6.0 will be revealed at Google I/O 2015. This is something that has a lot of people scratching their heads over, given the fact that there are so many people out there without Android 5.0. Ultimately, this just reveals the problem that Android faces in the typical market.

Google struggles with adoption, and that is one thing that they have to learn to master in the future, even with the massive number of smartphone partners they actually work with to create their devices. Those with older devices are getting more and more frustrated by the fact that their device has a shelf life, based on how well Google’s next operating system is adopted.