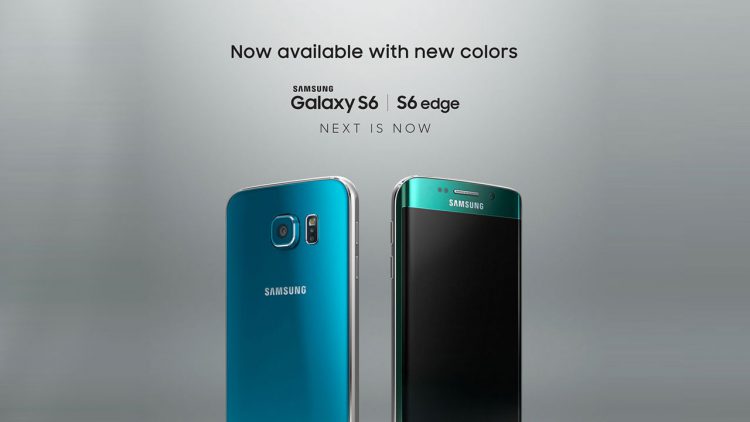 Samsung has added two more colors in the mix to its latest flagship lineup, as the Korean manufacturer today announced the launch of a Blue Topaz Galaxy S6 along with an Emerald Green Galaxy S6 Edge. These new vibrant jewel-toned colors join the original Black, Sapphire, White Pearl and Gold Platinum. These new shades were apparently announced during the launch of the devices during its unpacked event in Barcelona.

Samsung says they have taken subtle cues from color experts ‘Pantone’, according to whom four shades of blue (Aquamarine, Scuba Blue, Classic Blue and Dusk Blue) are included in the top ten tones of the Spring 2015 collection.

In addition, the company has employed psychologist Donna Dawson to explain the logic behind each color choice. “People who opt for Samsung’s Blue Topaz Galaxy S6 are likely to be more self-confident, fastidious, discriminating, sensitive, exacting, and intuitive.” Those drawn to Samsung’s Green Emerald, “tend to be balanced, loyal, hard-working, honest, benevolent and concerned for others, according to Dawson.

Meanwhile last week, Samsung also tweeted a teaser image of an upcoming Iron Man themed Galaxy S6 Edge. The image tweeted shows off glowing light from casting out from the edge of the box, along with a picture of the Iron Man’s mask gracing the front box cover, which is flanked by the phone’s branding on the left, while on the right is the Avengers: Age of Ultron movie logo. Above the box, are the words ‘Coming Soon’, though how soon still remains a mystery, so is its launch date and global availability.