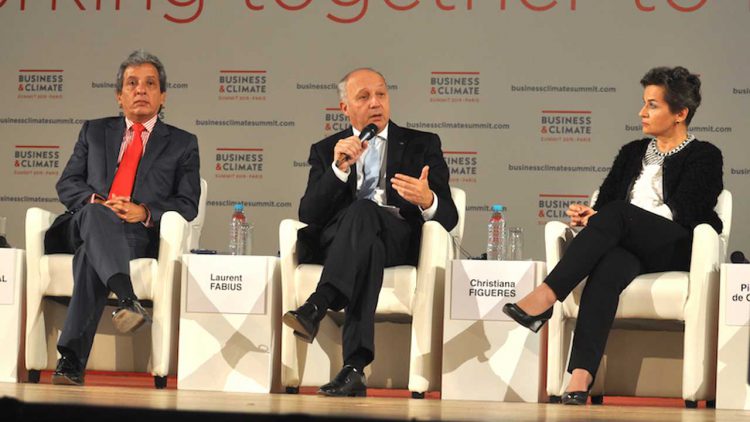 This year a major push will be occurring to completely change the way people interact with emissions, and more specifically how companies deal with them. The push will likely come this summer in Paris, France at the COP 21 Summit. However, progress was already made as a collaborative effort is underway between 6.5 million companies worldwide, which are working to reduce their overall carbon footprint.

Interestingly though, the way these businesses believe that the goal can be met is significantly different than the way politicians believe a solution will be reached. At this point, it would appear as though the friction on both sides might actually do some to slow down the process – but still by the end of the century – emissions can be completely reduced to zero. That said though, those carbon emissions will likely peak around 2020.

The massive conglomerate of businesses believes that there are three specific ways that these emissions will be reduced. First, they believe the overall output will be reduced by creating some pricing mechanisms that will make less severe carbon methods more affordable and worthy. Second, it will ensure that businesses and government are working together on various climate change policies. The third and perhaps most important change is the businesses here are calling for a move away from heavy investing in these massive high-risk carbon outputs. That means, taking the money from the private and public sector and pushing it toward more reasonable options, or less destructive options for the planet.

Jean-Pascal Tricoire of Schneider Electric pointed out that, “The difference between now and three years ago is that nobody in business dares to say climate change is not happening. Companies have taken commitments on emissions reductions. With bold, clear and long-term climate policies to keep within the +2°C threshold, the business will create growth, jobs, and continuous innovation on the way to a prosperous low-carbon economy.” That is the point that scientists and businesses are trying to drive home. Climate change is real, and denying it at this point isn’t just political suicide – it’s also irresponsible as a business owner.

U.S. Secretary of State John Kerry agreed with Tricoire’s sentiment pointing out that, “What we really need is for the private sector to encourage governments across the world to set ambitious emission targets and to set targets of their own,” Mr Kerry told the conference by video on Thursday. “Only when we achieve that will we make the kind of progress that will put us on the path toward a more sustainable future.” These are the kinds of things we need to see more of moving forward – and less of the political lobbying that has gotten us to this point.