by Abhinav Mishra
in Technology
Reading Time: 7 mins read
A A 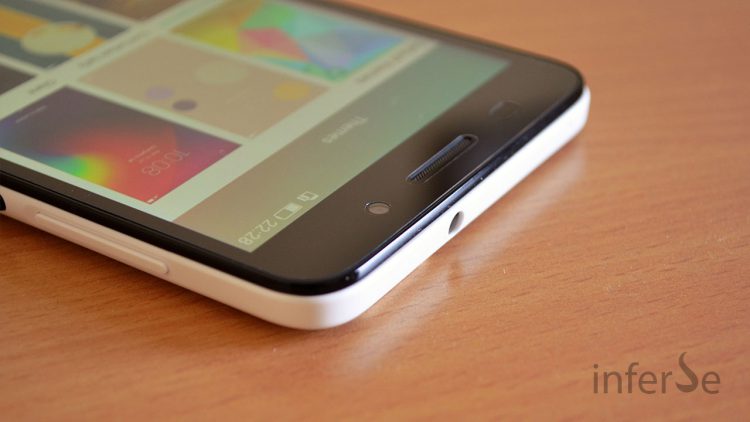 More or less every manufacturer these days offers top-notch specifications at very attractive price points, creating intense competition in the budget segment. We’ve already seen some budget marvels such as the Redmi Note 4G, Micromax Yu Yureka along with the 2nd-gen Moto G.  And now, the new kid on the block is the Huawei Honor 4x. The company announced the handset along with its flagship the Honor 6 Plus.

Available at just over Rs.10,000, the smartphone comes loaded heavy with a 5.5-inch HD display, 4G capability, a massive battery along with a hefty 2GB of RAM, and not to forget a 13MP camera. But then are rivals as well, who are offering the same, apparently at a slightly lower price point.

So, has Honor 4x got enough up its arsenal to make its mark in a category where competition just gets more intense as time progresses. Let’s find out in our review of the latest budget offering from the Chinese manufacturer, who has been coming up with some rather impressive smartphones.

Enough of small talk, let’s get on with the review.

At first look, the Honor 4x looks like a pretty decent smartphone with nice rounded edges and a scribbled back that enhances the overall grip of the phone.

The front is largely covered by the 5.5-inch display, with capacitive buttons embedded right below the screen that are pretty responsive, though there’s still room for improvement. Moreover, these buttons are not backlit, so navigation in the dark is – kind of – a hassle. 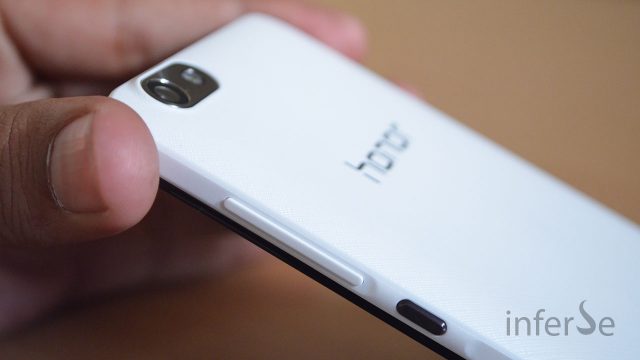 The back of the device gets a coarse texture decked in white that improves the overall grip of the phone, with the rear camera and the LED flash housed on the top left corner. The back reminds of something similar we saw with Samsung’s flagship – the Galaxy S5 last year.

The right edge houses the volume rockers along with the power/standby key. At the bottom, we have the microUSB port while the 3.5mm jack rests on top of the device. 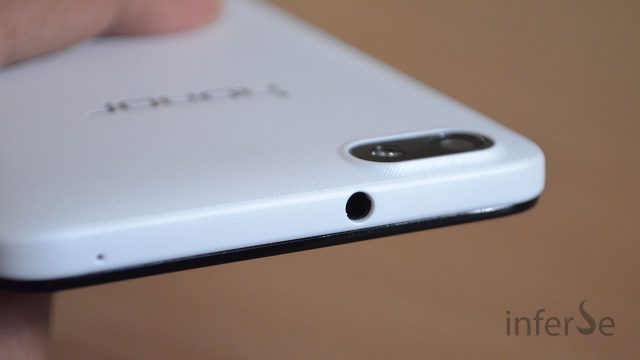 The Huawei 4X gets a removable back that reveals two micro SIM slots, a micro SD slot along with the non-removable battery. 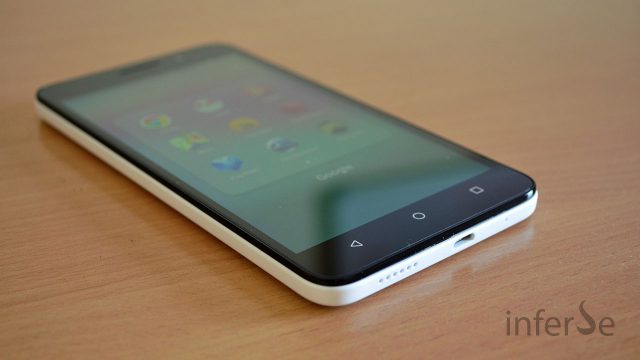 Hence, the overall design language of the phone is quite ergonomic, with easy access to all ports and slots. The ruffled texture on the back certainly enhances the overall grip of the phone, though some might face issues with one handed usage. Despite being slightly on the chunkier side of things, the smartphone slips right into your pocket or a knapsack.

The Honor 4 gets a 5.5-inch IPS HD display panel, with a pixel density of 276ppi. The overall display is quite crisp and vibrant, though colors do seem a bit oversaturated. Users however do have  the option to tweak the display as per their preferences in settings. 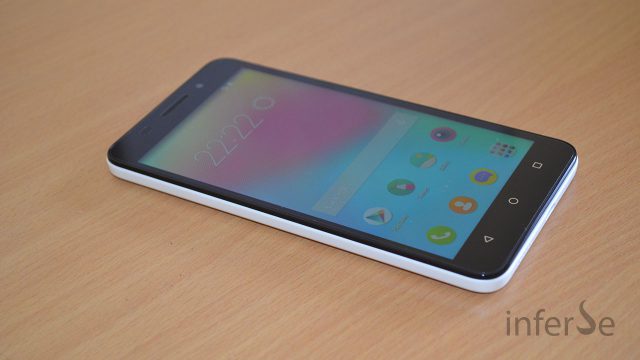 The screen is quite well equipped to register swipes and touches, with prompt and snappy responses. Legibility in bright outdoor conditions is pretty satisfactory as well. Though despite being an IPS LCD panel, viewing angles on the Honor 4x surprisingly aren’t that great. One starts losing the sharpness and visibility the moment you tilt the screen or a look at it from a different angle. In addition, the display doesn’t have any tempered glass for protection.

Apart from a few minor nuances, the display of the Honor 4x is quite satisfactory.

The smartphone comes with Android 4.4.4 KitKat wrapped with Huawei’s Emotion UI atop. And like earlier offerings from Huawei and other Chinese manufacturers, it doesn’t have an app drawer. The apps are spread across the home screen, while swiping up the lock screen pops up music, dialer, camera and other mostly used features. The phone offers a wide array of customization options, as it comes pre-loaded with six themes each having its own set of icons, wallpapers, fonts, sounds and lock screen styles. Surprisingly, users are not allowed to download additional themes, unlike the Honor 6 Plus. 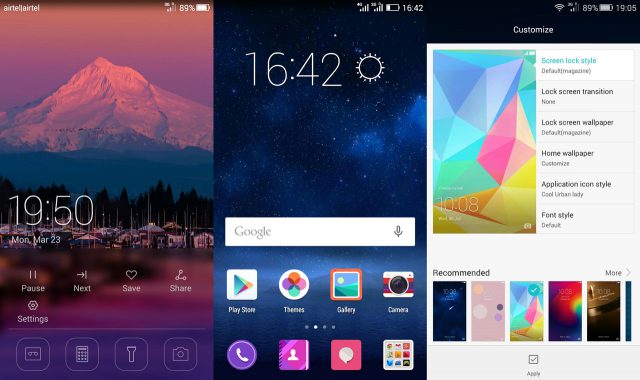 In addition to the regular UI, users can also switch to a ‘simple’ home screen that looks like Windows Phone’s live tiles with big app icons and menu options.

It has some nuances borrowed from other phones, for instance the double-tap option to wake up the device, along with a Suspend Option that pops up around the edges of the display once activated, taking inspiration from the Assistive Touch button we’ve seen on iOS. 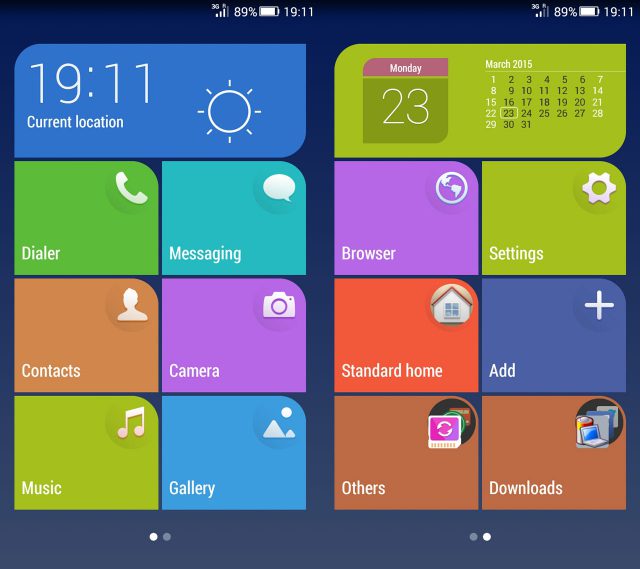 Though one really neat feature that is worth mentioning is the Ultra Battery Mode, which can be activated if the battery is running low. This renders the phone to its basic functions like calling and messaging.

Overall, the UI is pretty snappy and responsive offering hassle free ways to multi-task. It takes some time getting used to, but once you’re in, the overall experience is pretty satisfactory.

The Honor 4x sports a 1.2 GHz quad-core Qualcomm Snapdragon 410 chipset coupled with 2GB of RAM. As one would expected, the overall response of the smartphone is quite responsive and snappy. It can handle your daily routine tasks at ease while the phone is well equipped to handle multi-tasking as well.

Playing games like Subway Surfer and Fruit Ninja on its fairly large 5.5-inch display is rather engaging. It can even handle graphically intensive titles such as Asphalt 8 and Real Racing, though there are noticeable lags and stutters, although they don’t really impact the overall gaming experience.

The phone racked up an average set scores in our benchmark suite of tests, scoring 20132 in AnTuTu, a score of 12187 in Quadrant Standard, while it scooped up a pretty decent score of 51.4 fps in Nena Mark II.

The scores indeed translate into its real-time performance. The Honor 4x is a pretty solid all round performer, and even runs heavily encoded videos. The audio output of the phone is pretty loud as well, surprisingly much better than its flagship counterpart the Honor 6 Plus. The loudspeaker doesn’t get too loud, though one might experience crackling sounds at high pitched volumes. The audio experience while using headphones is more than satisfactory, though surprisingly Huawei hasn’t bundled a headset with the device.

The Honor 4x gets a 13MP primary camera bundled with LED Flash along with a 5MP front-facing camera. The rear camera supports 1080p video recording.

The camera app gets a plethora of filters along with a wide array of options for users to play around with. There are manual settings for ISO, white balance along with an All-focus mode that allows users to adjust the focus after a picture has been taken. 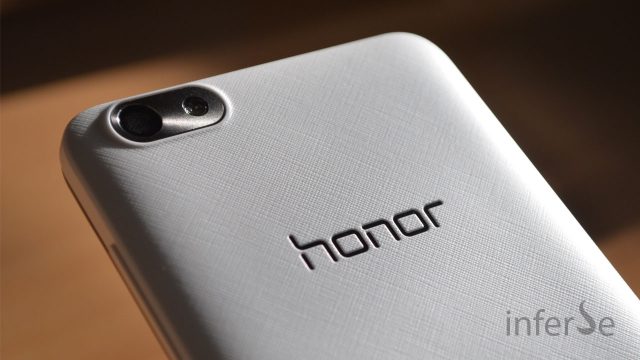 In addition, the camera app offers other standard settings including HDR, Panorama, and Timer modes along with smile detection, super focus, and personalized watermark. The auto-focus on the camera app takes a long time to focus on a particular object.

While the 13MP camera can take fairly crisp and detailed pictures, though there’re noticeable shortcomings. Noise levels creeping in photos is quite apparent, and for the most part, haziness around the edges is clearly prevalent in most photographs. Have a look at a few camera samples below:

However, the 5MP selfie cam is pretty good and can take some good quality selfies. In addition, the phone comes with an inbuilt Beauty mode that can alter your facial features for the better, if the need arises.

Overall, the camera on the smartphone is rather bleak compared to other alternatives available in the market which offer much better performing cameras.

Juicing up the Honor 4x is a hefty 3000mAh battery, which is one of its great features. The smartphone can easily last over a day and a half of normal usage, while even power users can last for a day on a full charge. In our standard Inferse battery test, where we run a 60 minute MP4 video with Wi-Fi On and on full brightness levels, by the end of the video, the battery level just drained by 9.5 percent, which is pretty impressive.

For normal every day use, the battery can easily last up to 20 hours with 3G/Wi-Fi connectivity on, while for demanding users, the Honor 4x can easily last 12-15 hours of intense usage. Honestly, it takes a lot to drain the non-removable 3000mAh battery onboard, it just doesn’t seem to die. On the flip side, it takes an awful lot of time to charge the phone.

Signal strength and call quality of the phone is pretty top-notch both indoors as well as outdoors. We did not notice any call drops during the course of our usage of the Honor 4x while the quality on both SIM slots remains crisp.

Connectivity options on the Huawei Honor 4x include your standard Wi-Fi a/b/g/n and Bluetooth v4.0 with A2DP. The smartphone also gets LTE compatibility, and can connect to Indian LTE networks operating on 1800MHz and 2300MHz bands.

After spending around a week with the Honor 4x, we were pretty impressed by the smartphone’s overall performance, decent display, and great battery backup, though its camera leaves a lot to be desired. It looks rather decent and comes with a fairly sound build quality. All in all, given the price tag of 10,499 INR, one shouldn’t have any major qualms about the Honor 4x in general. It’s really good device at a very attractive price point from an established Chinese manufacturer known for making some quality smartphones.

Though, there are worthy alternatives that we just can’t ignore, the likes of Yu Yureka and Redmi Note 4G are other viable alternatives in the given price bracket. The Yu Yureka fares better benchmark scores and also comes with CyanogenMod OS, though one has to go through the infuriating flash sales to get their hands on it.