New Google Photos app leaks in screenshots, coming at Google I/O on May 28

Google is likely to unveil its new standalone photos app at its annual I/O developer’s conference starting May 28. The new photos app will reportedly allow users to share images on social networking sites like Facebook and Twitter and will no more be linked with Google+.

As of now, Google’s photo sharing service is linked with Google+, a not so popular network among users. While the new app to be announced will be a standalone app, allowing users to upload photos directly from their Android devices, which can be further edited and cropped. The new standalone photos app is most likely a ploy by Google to compete against the likes of Flickr, Instagram and the rest.

With the new app, images can be backed up automatically and retrieved chronologically. ‘Autoawesome’ has been replaced by new feature that the app gets is called ‘Assistant’, which allows users to create movies, animations and collages from their photo collection. 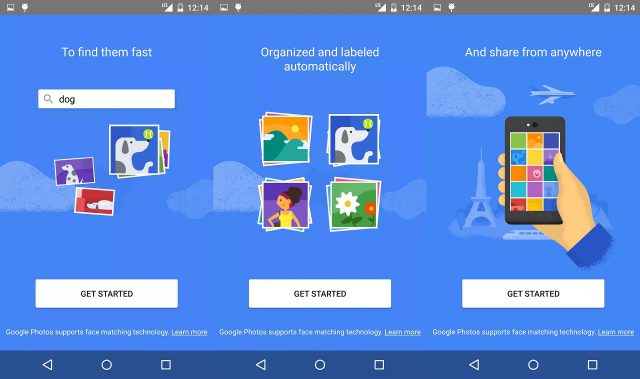 In addition, users from now on can pinch and zoom-in to open a picture, while sharing of photos has also been simplified. It’s something like sending a link through an SMS or a social networking site, linked to a custom album that has images users want to share with their friends. This eventually reduces the metadata on images, while the links can be later on deleted when you’re done sharing a specific link. This sharing process is different from the rest as it negates the need to download a photo to be shared on some other service.

The new app also gets new filters and adjustments for editing, including the addition of more aspect ratios in the cropping interface, along with a new rotation wheel.

Apart from the new standalone photos app, Google also has a slew of other major announcements scheduled to be unveiled. The big one would the announcement of the next version of its Android OS, likely to be called Android M. Google is expected to reveal some new features like Android for work, several announcements about Chromecast along with Google’s wearable platform – Android Wear.

The Microsoft Surface Duo is now selling for a huge discount