by Deidre Richardson
in Technology
Reading Time: 3 mins read
A A 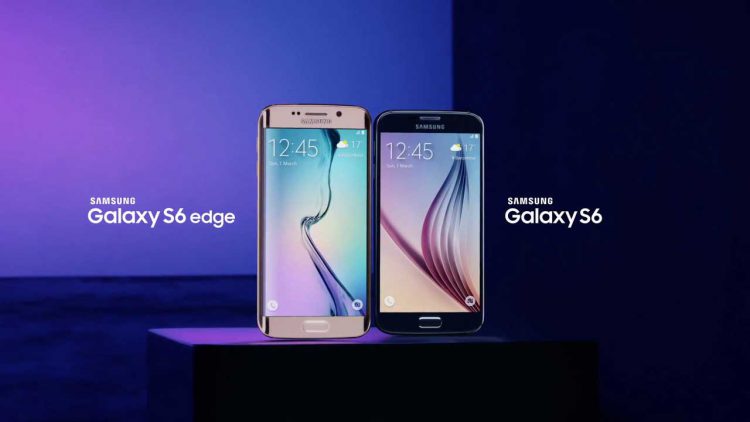 Samsung’s newest devices are in the wild, which means that, as usual, consumers now expect fast and quick updates for their newest gadgets. The Korean manufacturer has released Android 5.0.1 and Android 5.0.2 for the Galaxy S6 and S6 edge, but the existence of Android 5.1 and Android 5.1.1 signals that Google’s not yet done squashing bugs.

Usually, one expects the next incremental update to bring the usual bug fixes and nothing more, but Samsung’s got a few surprises up its sleeve this time.

First, Google’s newest update in Android 5.1 and Android 5.1.1 will bring multi-user mode, or Guest Mode, as it’ll be called. Guest Mode allows you to have multiple accounts on your Samsung device at once, navigating between them so that multiple users need not have two or more Android tablets, for example — which saves money between families or groups of friends. Guest Mode also allows you to keep your information private, and privacy is a feature of the mobile life of which users can’t get enough these days.

Another rumor claims that Android 5.1 or 5.1.1 will also bring a few new camera features such as an exposure adjuster, RAW image support, and shutter speed control.

These new features will grace Galaxy S6 and S6 edge users along with the usual enhancements and bug fixes.

From what we’ve seen, June is posited as the new date in which Galaxy S6 and S6 edge users can expect Google’s very latest. Canadian carrier Rogers plans to roll out Android 5.1 sometime soon, but we’ve also seen Android 5.1.1 that may be available at some point in the near future.

Samsung has also leaked the Android 5.1 update from its developer website, but it could be August (at the earliest) before most devices see the update. By the time Galaxy S and Note users get Android 5.1, Samsung will have announced the Galaxy Note 5 running Android M.

Samsung surprised Verizon Galaxy S5 users in the US in early February when Verizon released the Android 5.0 Lollipop update, but keep in mind that the first US customers to get the update for a Samsung device received it four months after Nexus 6 buyers and Nexus 5 users. Samsung is often considered by many of its user base to be poor in delivering updates, but Samsung’s often received better update ratings than LG, HTC, and Sony. The only company to receive excellent ratings outside of Google (who owns Android) is Motorola, whose own smartphones have most software updates available from the Google Play Store and have few features outside of vanilla Android. US carriers only add to the headache, with some carriers strong-testing the updates before releasing them to users. Carriers are often considered part of the problem instead of the solution with updates.

Keep in mind, that, as usual, Samsung devices get Google’s latest in tiers or levels. The newest devices will see Android 5.1 first, followed by older Galaxy S devices, then Note devices, and Samsung’s budget-friendly models after that. So, the S6 and S6 edge will see Android 5.1, followed by the earlier Galaxy S5 and Galaxy S4, with the Note 4 and possibly Note 3 seeing the new Lollipop update after that. The Note devices are the very best of Samsung, but their in-built functionality is more complex for updates than the Galaxy S models — which means that the Note devices will get the update last on the list, but before most low-range models.

Samsung has decided to grant only certain Galaxy Note, 2 models, the move to Android 5.0 Lollipop, but we don’t know how generous Samsung will continue to be towards the now-aged model from three years ago. In the same vein, the Galaxy Note 3 will pass the two-year mark this Fall, but we don’t know whether or not it will get to taste Android M. Google’s committed itself, if the rumors are true, to three years of security patches for the aging Nexus 5, for example, which is now nearing two years old. As for future Nexus 5 updates, however, the time just may be running out for the device.

What Google is promising in Android M is guarantees for its device support, a move that is in line with what HTC has been struggling to do with a few devices of its own. Nexus users will no longer have to predict whether or not they will see future updates, and Samsung, wanting to appease Google in Android (as it’s done with the watering down of its TouchWiz UI in the S6 and S6 edge), will likely follow Google’s policy.

Should all Android manufacturers follow Android parent Google in official device support policies, Android will be one step closer to unification — which will put to rest some (not all) of Apple’s raging criticism about its rival platform.