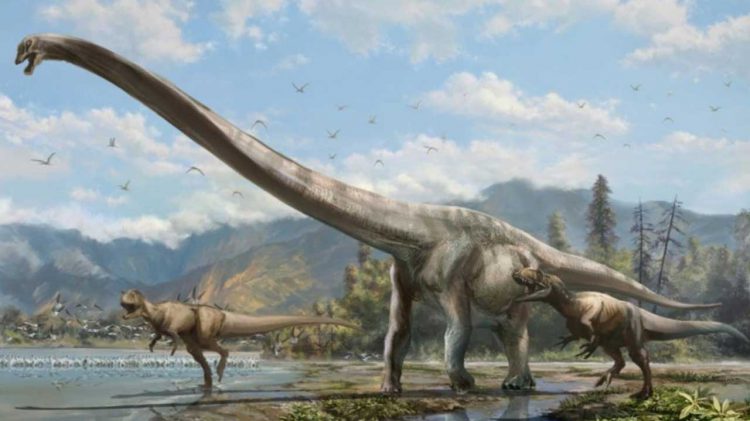 A group of researchers led by author Michael D’Emic of Stony Brook University have found evidence that suggests dinosaurs were more similar to warm-blooded mammals than what research had led science to believe to this point. The findings are controversial, but interesting at the same time because they suggest specifically that dinosaurs shared traits with warm-blooded mammals. This is interesting because it contradicts what many stereotypically believe about dinosaurs. Instead of being cold-blooded reptile-like creatures, they are likely to have been almost entirely warm-blooded.

It’s also interesting because scientists to this point have also had a running theory that it’s possible that dinosaurs might have fell into a hybrid category that was neither fully warm-blooded or cold-blooded. Instead, they were likely a partial mix of both warm and cold-blooded creatures.

D’Emic, the lead author of the paper, which was published in the journal Science, pointed out that, “Upon re-analysis, it was apparent that dinosaurs weren’t just somewhat like living mammals in their physiology — they fit right within our understanding of what it means to be a ‘warm-blooded’ mammal.” He went on to point out that, “Like most animals, dinosaurs slowed or paused their growth annually, as shown by rings in their bones analogous to tree rings.”

He also went on to point out that there are issues when statistical analysis is compared to birds, which are considered the oldest living creatures and closest relatives of dinosaurs in modern nature. He continued by pointing out that, “Separating what we commonly think of as ‘dinosaurs’ from birds in a statistical analysis is generally inappropriate, because birds are dinosaurs–they’re just the dinosaurs that haven’t gone extinct.”

Dr. Holly Woodward, a professor of anatomy and vertebrate paleontology pointed out that, “D’Emic’s study reveals how important access to the data behind published results is for hypothesis testing and advancing our understanding of dinosaur growth dynamics.” At this point, researchers and scientists alike can really start to question some of the major data that is out there – and work to challenge the remaining questions and mysteries that exist with dinosaurs and many other animals that fall more recently into our stream of thought.

Pushing the envelope when it comes to research like this, and even questioning some of the answers we have, in the form of questioning already established data is important to do. It’s something that can push science forward and ensure that we are headed in the right direction.

Inbox by Gmail: Unsend messages, 900 million users, what else you need