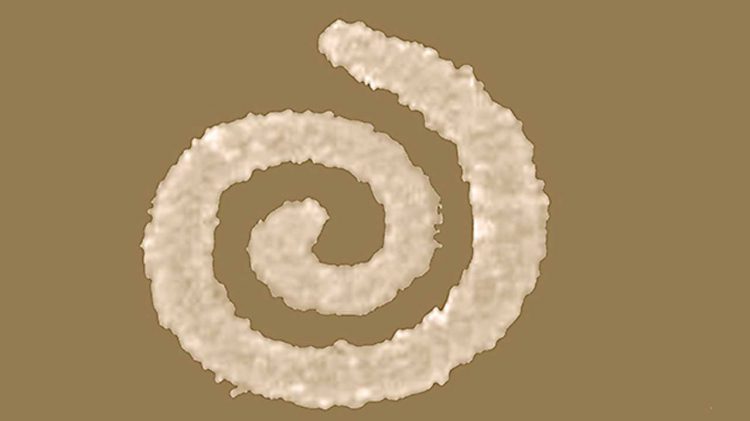 Gold nano-spirals could be the secret to security. New research suggests that spirals that are as small as a dime, and then shrunk down another 6 million times would be one of the best security measures that technology has ever allotted us. Students, as well as faculty at Vanderbilt University, managed to put together and fabricate these tiny spirals that would offer pristine security options for credit cards, identity cards, and so much more.

Roderick Davidson III, who is a doctoral student at Vanderbilt, pointed out that, “They are certainly smaller than any of the spirals we’ve found reported in the scientific literature.” Jed Ziegler, the doctoral student who handled the creation of these tiny spirals, is now with the Naval Research Lab. These spirals, which are amongst the smallest of their kind, could blaze the way in terms of technological security. The team found that by using these gold nano-spirals, they were able to effectively find one of the unique identity sources that anyone had previously made.

Richard Haglund directed the research and said, “This is similar to what happens with a violin string when it is bowed vigorously.” He went on to point out that, “If you bow a violin string very lightly it produces a single tone. But, if you bow it vigorously, it also begins producing higher harmonics or overtones. The electrons at the center of the spirals are driven pretty vigorously by the laser’s electric field. The blue light is exactly an octave higher than the infrared – the second harmonic.”

The team went on to point out that this is very similar to the way a violin or guitar string vibrates throughout the time a performer plays their instrument. The visual characteristics are incredibly unique and incredibly difficult to copy. That being said though, the team pointed out that the optical qualities that this particular nano-spiral created would be one of the most unique things on Earth, given the fact that no two spirals would match.

Their unique qualities are created after they are shrunk beyond the visible spectrum of light. It makes it so that the spiral has unique qualities that are ultimately unmistakable. One would look one way, and if someone attempted to duplicate it, it wouldn’t be difficult to tell that it was duplicated. However, even duplicating it in the first place, given how small it is, would be tremendously difficult. It turns out that tiny gold nano-spirals are definitely the secret to keeping people information secure in the coming years.