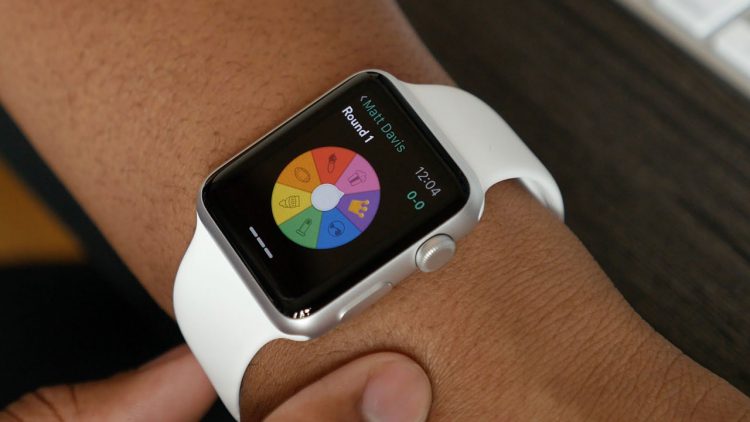 Apple is constantly competing for every possible dollar from customers that it can possibly get. One of the biggest ways that the company generates revenue today is through ads that are placed on various games and apps. While the company doesn’t make a ton of money this way – it’s a portion of the pie – and ultimately there is a big piece of the pie that is being fought for by developers now.

The latest craze in the tech world is creating games for tiny Apple Watches. While the rest of the world was waiting to see how the Apple Watch would perform as it entered the U.S. market, it was seen as a colossal force. It built a solid audience and consumers liked what Apple was doing. Now, they have to develop the games for those tiny devices.

Maximo Cavazzani, for example, is incredibly optimistic about the potential for mobile games on the Apple Watch. He is most recognizable for being the developer behind Trivia Crack, which has seen massive success in the mobile games space over the course of the last several months and over this last year. He said, “You can do some cool stuff, but of course it has limitations.” Limitations aren’t impossible to defeat though.

He went on pointing out that there is a major problem when it comes to monetizing the apps saying it “is a little bit complicated if it’s not a paid app — there’s no way of putting ads and no way to do in-app purchases.” As he pointed out though, the purchases could be made through the traditional device and the app itself for the Apple Watch could very well be the add-on.

Tero Kuittinen with Frank N. Magid Associates, which consults with game developers, pointed out something else though. Kuittinen said, “Most people are super skeptical.” Kuittinem went on pointing out that, “You have to rethink every assumption you have” about keeping players engaged.” One thing that wasn’t mentioned was how impossible it would be, so you can most definitely bet that developers will be working very hard to not only enter this market – but also make some extra money in the same market as well.