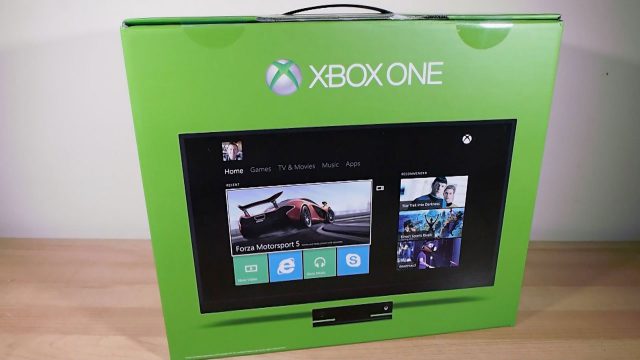 Microsoft has officially unveiled the new Xbox One with 1TB of storage that features a new matte finish, ditching the launch version’s glossy black finish that was quite prone to dust and smudges. The new console will launch on June 16 along with a newly redesigned camouflage controller, and also includes a free copy of ‘Halo: The Master Chief Collection.’

The new Xbox One controller now features a standard 3.5mm port, so gamers now can hook up their own headsets, though they’ll need to go the Settings menu to adjust volume and mute. Microsoft has also fine-tuned the bumpers on the top and added wireless software updates to the controller. As with controllers earlier, users had to plug in the controller with their console to get firmware updates.

Users can purchase the new controller as a standalone item for $59.99 that comes in black, while the new camouflage design in silver and black is priced at $64.99. The company also announced that starting fall, users can also buy the Xbox Wireless Adapter for $24.99 that’ll work wirelessly with their Windows 10 PC, while the adapter bundled with the controller is priced at $79.95.

Meanwhile, the Halo Master Chief Collection is a Xbox exclusive that’ll also be shipped with the new console for a limited period, comprising high-def remakes of “Halo: Combat Evolved” and “Halo 2 along with “Halo 3 and “Halo 4”.

The new 1TB Xbox One consoles will start shipping to retailers starting June 16 in the United States and other select markets later this month and will be priced at $399. While its standard 500GB version gets a permanent price cut and will now sell for $349. Neither of the bundles will include Kinect or motion sensing camera as Microsoft stopped including them last year.

Earlier, Microsoft also announced that the final version of Windows 10 for Xbox One will be launching this fall, it’ll likely be a beta version while the full release is expected by the end of this calendar year at the earliest.

What Microsoft intends to by bringing its OS to a gaming consoles is still a mystery, apart from a bunch of curated Windows apps. Hence what exactly Windows 10 update on Xbox One brings to the table is a wild guess at this point. Though it seems Microsoft is planning to integrate the whole far fledged Windows eco-system into one cohesive unit.

YouTube is the new home for Overwatch and other esports League