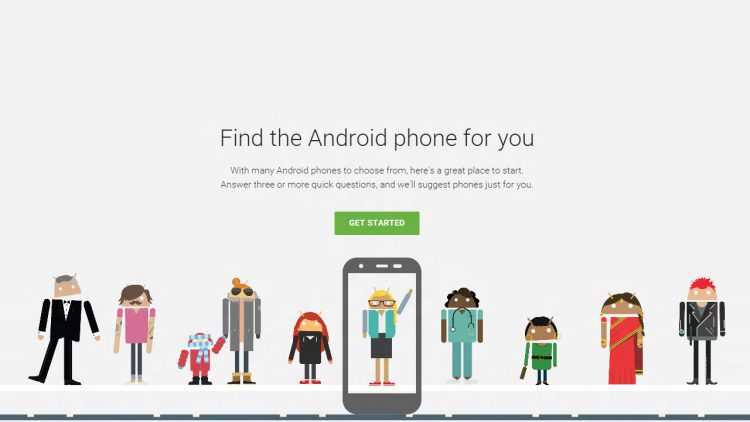 In a market overcrowded with thousands of Android phones, it more often turns out be a curse rather than a blessing. In fact, it can get so overwhelming that one loses the plot midway. Apparently keeping this mind, Google is offering a solution as the company has launched a website called ‘Which Phone’, allowing users to ask a bunch of questions based on their preference to narrow down the best choices available. For now, the website only works for devices available in the US.

Users are asked to pick from 12 different categories, that explains how they wish to use the phone, like taking calls, watching videos, playing games, listening to music and more.

Once a user has selected the category, Google would inquire as to how pivotal that aspect is to the user. This is followed by a choice among the carrier, price and a size category. Once you are done through this, a list of devices pops up on the screen as the best available options.

Well, the website would definitely come in handy for new users, it is not likely to be of great help to hardcore users, as they are probably aware of which devices to buy. It is a pretty cool idea with a nifty layout, but for the most part, it does not work as one would expect. More or less every combination ending with Google suggesting you get a flagship, and if you ask for budget options, it pops up a list of last year flagships. Oh come on Google, ‘Don’t be Evil’, even a five-year-old could do that.

However, it is still a good initiative from Google, in the coming future we can expect Google to give the site more user-oriented features to make it more useful.

You can check the out the website at the source link below. Do let us know your thoughts about it.