Nokia, which was the once the biggest player in the global mobile market, is now all geared up to make a return in the smartphone market late next year. The announcement was made by Nokia CEO Rajeev Suri, while being interviewed by a German Publication Manager Magazin.

“We will look for suitable partners,” Rajeev Suri said in an interview published on Thursday. “Microsoft makes mobile phones. We would simply design them and then make the brand name available to license.”

To recall, Microsoft acquired Nokia’s smartphone business in 2014, according to which the Finnish manufacturer cannot use the Nokia brand name on smartphones till Q4 2016. Though a few months later, Nokia launched the N1 tablet as its first mobile device after the Microsoft deal. For this, Nokia used a strategy where it’ll only design the device and lend the company’s brand name, while manufacturing, sales and distribution will be the responsibility of the producer. 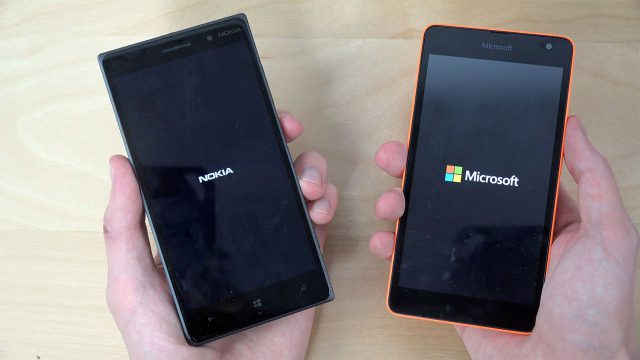 Nokia is expected to stick to the same strategy and should likely strike an agreement with a manufacturer that’ll be solely responsible for manufacturing, distribution, and sales of its smartphones. Hence, a 2016-time frame for a possible smartphone launch should not come as a surprise, as Nokia would want to avoid any unnecessary legal conflicts and probably wait till its contract with Microsoft expires.

As you all might be aware, Nokia was split into three units after the Microsoft deal namely Nokia Networks, HERE, and Nokia Technologies. Nokia Networks is the telecommunications unit that recently acquired Alcatel-Lucent, HERE is the company’s navigation and mapping wing, while Nokia Technologies is the company’s patent group responsible for licensing Nokia’s portfolio of products.

Reports of Nokia re-entering the smartphone market also emerged back in April when a Finnish publication Re-Code broke the news, though Nokia had blatantly denied that report. While the company has also been looking for suitable buyers for its mapping business, which has garnered the attention German automobile behemoths including BMW, Audi, and Mercedes.

Meanwhile in a top-level shakeup, four senior Microsoft executives that include former Nokia CEO Stephen Elop are leaving the company, suggesting Nokia is aiming to get back on its own. Microsoft has not really had much success since it acquired Nokia’s mobile business, and maybe Nokia will rise from the ashes without even having their own production facility.

What are your thoughts? Are you excited to hear about Nokia’s possible re-entry into the smartphone business? Do let know in the comments section below.

She has been writing columns on consumer gadgets for over 2 years now. Her areas of interests include smartphones, tablets, mobile operating systems and apps. She holds M.C.S. degree from Texas A&M University.
Posts created: 385

January 20, 2020
There are no comments yet No comments