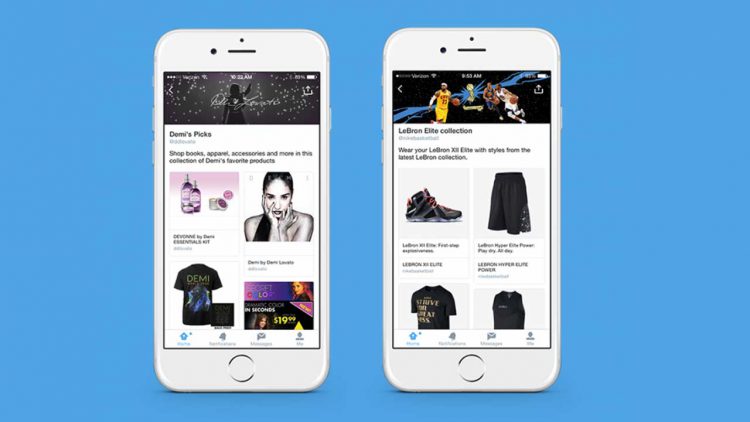 Micro-blogging site Twitter on Friday announced that it is now testing two new pages – product and places – a feature aimed at driving e-commerce on the platform. Still in its testing phase, the new feature is available for few select Twitter users, which essentially allows them to curate product and places on dedicated pages, to eventually make a purchase.

The product page will include information pertaining to products, pricing, feedback, along with links to a particular website for more details. It’ll also list products that are most trending and relevant to the user. The San Fransico based company has been targeting into e-commerce lately as it rolled out a Buy Button last fall, and the announcement of the product and places page appears to be an extension of the ‘Buy button’ feature.

“Take for example the book “The Martian” by @andyweirauthor. We’ll show you images and a description right above the Tweets that are most timely and relevant to you. These may be Tweets from accounts you follow, relevant news updates, or popular content about the book,” describes Twitter.

This announcement is geared towards adding a user-curated list to Twitter, giving brands a new way to reach Twitter users beyond the usually promoted tweets. The move could significantly bolster Twitter’s bond with its advertising partners, who have been rather a discontent with the platforms growth levels and the lack of initiative it has shown towards advertisers.

For now, Twitter has joined hands with a few partners for this upcoming feature which include musicians Amanda Palmer, Ariane Grande, Demi Lovato, and Steve Aoki. Other well-known retailers and brands include Nordstrom, Target and Disney Store along with Nike and Warner Bros.

“We’re starting to experiment with a small number of products and places. As we test, within your timeline you may see pages and collections of pages that are shared by influencers and brands,” adds Twitter.

The announcement of this new feature comes shortly after CEO Dick Costolo announced his resignation to be replaced by co-founder Jack Dorsey who steps in as interim CEO. Costolo had been under intense scrutiny after slack Q1 results with weaker than anticipated results. The company has been falling short of expectations, with audience and revenue growth both falling way behind than anticipated.

Hence, its rather evident that Twitter’s priority right now is to make its platform more appealing to advertisers, thereby creating more avenues to generate revenue and drive the growth of e-commerce on the platform.

Twitter stuffing auto-playing video ads into timeline, but you can turn it off

“This is just the beginning. In the coming months we’ll be testing more new experiences we hope give you the most personalized and relevant information about the places and things you want to explore,” Twitter concludes in its blog post.