Following the recent launch of the 1TB Xbox One, Sony has followed suite as the Japanese giant has announced its own 1TB PlayStation 4 model dubbed as “Ultimate Player Edition” that will debut across Europe starting July 15. There’s no word on its release other parts of the globe, but given the fact that model has shown up in an FCC filing, its launch in the US shouldn’t be that far away. No pricing details have been shared so for the 1TB PlayStation 4.

“Hi everyone. Today, we’re happy to announce that the 1TB PS4 Ultimate Player Edition launches in select Europe and PAL territories from 15th July. Offering twice the storage of the existing PS4, you’ll be able to download more of the games you love to your PS4, extend your play with more great add-on content and save and share even more of your best gaming highlights. For pricing information, check with your local retailer,” a post on the PlayStation Europe blog reads. 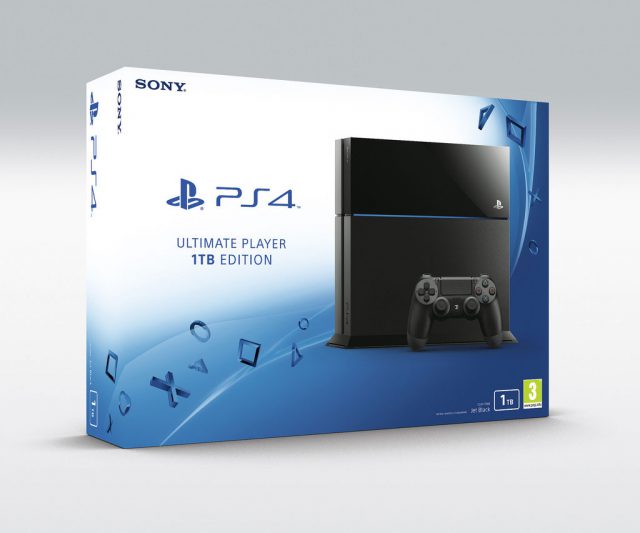 The move had been a long time coming as their rival Microsoft confirmed a 1TB Xbox One with a $50 price drop prior to E3 2015. Sony fans would be rather pleased with this announcement, given how most games tend to eat up major chunks of hard drive space.

In addition to the 1TB PlayStation 4, Sony also announced a tweaked version of its 500GB model that Sony touts as 10 percent lighter and 8 percent more power efficient. Another notable change is the ‘more casual’ matte finish that has been replaced by the earlier glossy top cover.

It’ll be initially launched in Japan late June followed by the rest of the world, and gets the same $399 price tag as its original version.

Meanwhile, Sony has also updated its sort of outdated PlayStation app for iOS and Android with a slew of nifty features. Users can now enter their PSN cards and promotional gift codes right from their smartphones doing away the need to power on the console to redeem them.

Nice update for PlayStation app on iOS and Android improves PlayStation Store browsing experience and more. Give it a shot! — PlayStation (@PlayStation) June 22, 2015

In addition, players from now on will have the option to display comments on their phones or tablet while streaming from the console – a nifty way to keep it simpler and keep your one’s setup tidy and organized.

She has spent the past eight years playing the role of an infrastructure consultant, and has now joined Inferse.com as a full time blogger. Her current profession is a result of her deep interest in computer gadgets, laptops, gaming accessories and other tech happenings.
Posts created: 1177

The best eSports to watch if you are not a gamer

Best PS4 Games for Families to have fun with family