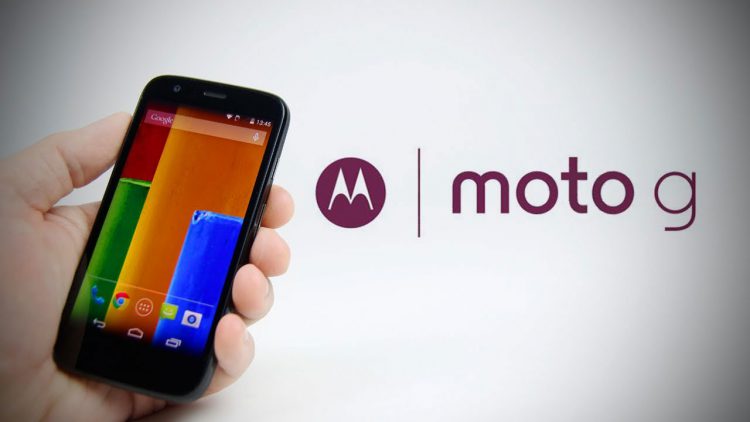 A bunch a new live images have surfaced online of what is rumored to be the next-gen Moto G (2015). The images are essentially screenshots captured from a video, which had been removed earlier and now has been uploaded again. Though the video did reveal the full technical specifications of the forthcoming smartphone.

According to the video, the device is expected to get a 5-inch HD display with a pixel density of 320dpi. The smartphone would run Android 5.1.1 Lollipop and is powered by a 1.4 GHz Qualcomm Snapdragon 410 processor bundled with 1GB of RAM, which sounds rather bleak.

Optics on the smartphone would include a 13MP rear camera accompanied by dual LED flash, along with a 5MP selfie cam.

In terms of storage, the Moto G 2015 comes with only 8GB of internal, which implies that it might come with an expansion slot. Other notable features include 4G support, and the smartphone is expected to get a Lithium Ion battery.

Going by the video, one can clearly notice a slightly revamped design compared to its outgoing predecessor. Its front seems to have slightly larger bezels and also houses a front speaker. The 3.5mm audio port rests on top of the device; microUSB is placed at the bottom while Volume and power buttons are housed on the right.

In other related news, Motorola has started rolling out the Lollipop update for its first-gen Moto X. The news was confirmed via Google post where it was announced that a full roll out has been initiated for US Retail, Brazil Retail and Rogers in Canada.

“We are excited to announce a new software update for Moto X (1st Gen.) by Motorola. This update brings Android™ 5.1 Lollipop to your phone along with other improvements,” said Motorola.

The new update brings a plethora of changes including the new material design, more ways to multitask, Moto display and ambient display, flashlight, smart lock and a lot more. For more information, you can head over to the official Motorola page here.