by Deidre Richardson
in Technology
Reading Time: 5 mins read
A A 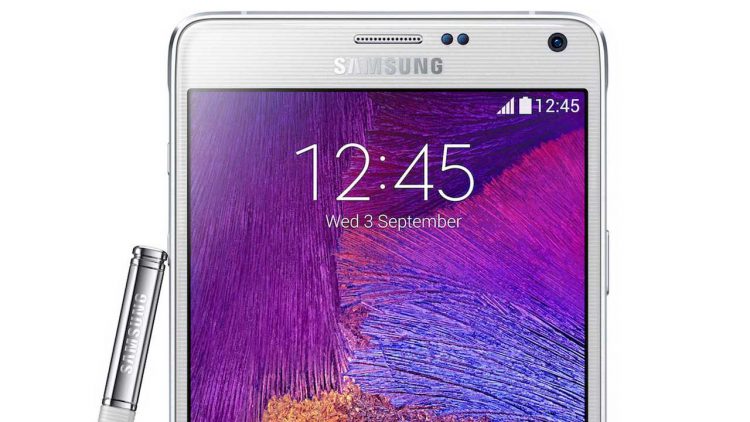 June is almost out, putting us at an interesting time in the smartphone world. Samsung has already released the Galaxy S6, S6 edge, and S6 Active (AT&T exclusive in the US), and rumors about what will be Samsung’s latest and nosy prestigious device continue to pile up.

As always, we seek to bring you the most up-to-date coverage of what you can expect from the top giant in the Android world (and Apple’s top rival).

Now, on to the juicy info we go.

The Galaxy Note 5 was rumored to have a 5.7-inch display early on, but the newest and most consistent rumor we now have says that Samsung’s latest will have a 5.9-inch display.

There are two main reasons as to why the next – generation Note will boast a wider display than the Note 3 and Note 4: those two reasons are called the S6 Plus and the S6 edge Plus. We know, we know: Samsung said it would do its best to stop pumping out so many variants of its most popular phone, but old habits die hard.

The Korean manufacturer has chosen to give some more screen real estate to its latest smartphones because Samsung wants these phones to 1) appease customers and 2) continue to compete with Apple’s iPhone 6 Plus. For the last few years, Samsung’s best experience has been the Note — but the Note is not everyone’s favorite device. Samsung’s needed a top-tier popular phone whose display size can match its rival, and the S6 Plus and edge Plus will do just that. Samsung’s always said that its Note is the best of the pack because of its stylus functionality, but customers have other preferences. The Note is the best of Samsung, but the sales numbers imply otherwise, leading Samsung to go where the numbers lead.

The current Galaxy S6 and S6 edge have 5.1-inch displays, and edge customers may find their display size to be on the small side. With the move to wider displays in the Galaxy S6 experience, Samsung doesn’t want its Note customers left out. Pushing the display size higher involves going past a 5.7-inch display, and 5.9 is an excellent place to park for the Note 5. The Quad HD resolution of the S6 and S6 edge experience returns here.

Of course, Samsung’s decision to push the envelope in the S6, S6 edge, and Note 5 has implications for the future of the Galaxy Mega line — which has sat alone at the top of Samsung’s large display pile with the Mega 5.8 and Mega 6.3 (the numbers giving away their screen sizes).

As for the resolution, Quad HD (2,560 x 1,440p) is the expectation. A 4K display (4,096 x 2,160p) had been rumored earlier on, but we often see crazy rumors that simply melt away. If the screen is Samsung’s usual quality, which we know it’ll be, then Quad HD will still be breathtaking to behold.

Samsung Pay is Samsung’s answer to Apple Pay, and Samsung plans to roll out the mobile payments system with the Note 5 at primetime. We’ve already seen that Samsung’s payments system charges far less to merchants for transactions than Apple Pay, and this may speed up adoption of the mobile payments method in the US, the place of the fierce competition between the two smartphone giants.

We’re still keeping an eye out for what Samsung will do with its payment system, but we’re sure it’ll include some sort of customer rewards plan, in a similar vein to Apple’s.

The release date has been a source of much discussion on the Web for the last several weeks. An unfounded rumor stated that Samsung would release the Note 5 early in order to get ahead of the iPhone 6s. Well, the arrival of the S6 Plus and S6 edge Plus killed that rumor. We doubted it from the beginning, but we’re glad to see the rumor is dead, officially.

The new date pegs the new phone’s release on September 4, at the start of IFA 2015, in Berlin, Germany. Samsung’s decision to roll out Samsung Pay later in the year than expected helped kill the absurd rumor, too.

The Note 5 will make tech enthusiast mouths water and their jaws drop when it’s released in September, but 2015 marks a new year for the company. The dream team behind the S6 and the S6 edge said on March 1 that the latest devices are their “dream phones.”

This means that Note 5 buyers can expect aluminum 6013 airplane metal wrapped in Corning’s latest Gorilla Glass 4 for a design that is only reminiscent of Sony’s Xperia Z series (without the water resistance, unfortunately). Your Note 5 will be a multitasking beast of a phablet, but it’ll look good, too. The Note 5 is expected to trim off 0.6mm for a sleek and thin profile of 7.9mm (as opposed to the 8.5mm profile of the Note 4).

As with every device, the battery is key. Samsung took some heat early this year when it released two S6 flagships that had no greater than a 2,600mAh battery inside.

You’ll be pleased with this year’s offering. The Note 5 is expected to provide a 4,100mAh battery, a near 900mAh battery increase from its predecessor. As with the S6 and S6 edge, battery questions about the Note 5 can be put to rest.

Wireless charging, one feature that makes the S6 models cutting-edge, will make its way to the Note 5. Wireless charging is nice, but it hasn’t been adopted into mainstream tech yet, simply because its charging time is far longer than that of the typical wall adapter. Yet and still, Samsung isn’t one to sit on its laurels and wait for the rest of the tech world to adopt something before it agrees. Innovation rarely comes to the other way around.

Another feature that looks ready for primetime is USB Type-C charging. Type-C charging is said to provide data transfer speeds of up to 10Gbps (faster than Google Fiber) and is also reversible as a device connector –meaning, no more frustration with what part to attach to the port or to the phone. Chinese manufacturer OnePlus has already thrown its hat in the Type-C camp with its announcement that the OnePlus Two will carry the new reversible connector, and Samsung, knowing that the company responsible for bringing USB Type-C charging to the latest MacBook will likely introduce it on the iPhone 6s and 6s Plus this Fall, will introduce it to remain cutting-edge.

Rumor 7: No MicroSD card slot – or SD slot, for that matter

You knew it was coming. Whatever Samsung’s doing in the Note 5, the microSD card won’t be a part of it, according to news out of Business Korea yesterday.

Interestingly enough, the same source says that Samsung’s also doing away with the Note edge 2 variant that was expected to arrive on the market slightly grabbing on the Note 5’s heels. For Note fans, this means that there’s only one Note for you this Fall season.

Many customers won’t care about the lack of a Note Edge 2, but Samsung’s decision just may provide a new dilemma for customers who don’t want to choose between functionality and the gorgeous edge design. But, as we’ve seen with the premium smartphones the Korean manufacturer has pumped out so far, the decision not to produce a device has much to do with reaching as many customers as possible with the best it has to offer.

Apple iOS 9 beta 2: Everything you need to know about the latest developer release