In 1992, the IBM ThinkPad was everything and more when it came to computing. It was compact, for the time, it was immensely powerful and delivered a massive punch when it came down to performance with tasks. It might have cost a small fortune, at the time, but the price of mobile computers – or laptops as we know them today – has reduced significantly. At that time, the ThinkPad 700c cost $4,350.

Now though, it’s 2015 and word has gotten around that Lenovo might be “exploring” the notion of rebuilding one of those legendary computers with modern technologies installed in them. David Hill, who is the VP of Lenovo pointed out that, “Although it will not be for everyone, I’m certain there’s a group of people who would stand in line to purchase such a special ThinkPad model.”

While the details are somewhat sketchy at this point, this is something that Lenovo is seriously considering. This isn’t something like what we’ve experienced to this point, but rather a resurgence of something that we might see more often in the computer world. Moving forward, we might see more stepping back into the history books, rather than pushing forward to make smaller, more compact, and tighter bound. 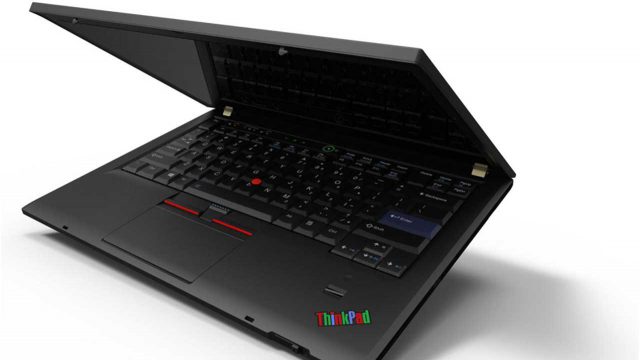 Honestly, it makes sense, too. Companies like Lenovo understand that technology is going the wrong direction when it comes to personal computers and laptops. Desktop sales are falling, laptops are slowly being overtaken by tablets – and at the very least being overtaken by hybrid options between a traditional laptop and a tablet – so this is simply where things stand right now.

It will be interesting to see how things go, and where things go from here. It’s unclear whether there will be a significant push to change the way people consume this type of technology or if this is simply a pipedream. There is a very good chance though that this is something that will work for a certain group of consumers. This will also though go against a lot of modern design elements, which have come with time.

At this point, if Lenovo believes this is something that can work though – it’s something worth doing – since Lenovo has struggled mightily since its fall from grace with bad software that tracked users information, which wasn’t taken out until earlier this year.

He is currently Editor-in-Chief at Inferse.com. He is a political columnist for the Finger Lakes Times, Eiram.org, and is the co-founder of InFocus.co. His passions include politics, golf, the media, and gadgets.
Website: http://www.infocus.co
Posts created: 197

Microsoft may launch the new Surface Pro 8 during fall 2021