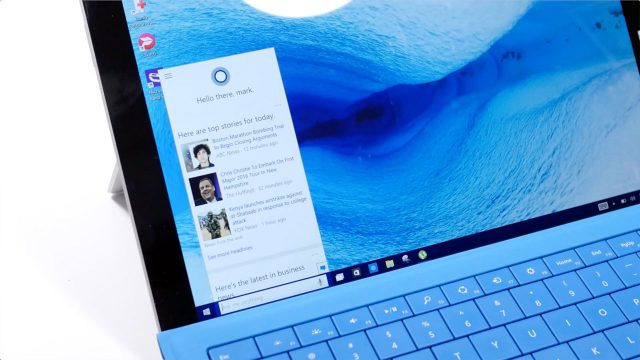 With the successful global rollout of latest Windows 10 for PCs, Microsoft is now reportedly planning a massive launch event in October that would see the launch of the highly anticipated Windows 10 Mobile flagship devices. Codenamed Talkman (Lumia 950) and Cityman (Lumia 950 XL), the devices have been rumored for quite a while now. Sources indicate that the grand event scheduled in October will not only see the unveiling of the flagship duo mentioned above, but also a tablet/laptop hybrid, the Surface Pro 4, Microsoft Band 2 along with a mini version of its latest Xbox One console.

The Lumia 950 will reportedly feature a 5.2-inch QHD (1440 x 2560) display, a hexa-core Snapdragon 808 chipset bundled with 3GB of RAM, 32GB of storage with microSD card support, along with a 3000mAh battery and a 20MP PureView camera. While its larger sibling the Lumia 950 XL is rumored to get more-or-less the same set of specs, barring the beefed up 5.7-inch QHD display, along with a Snapdragon 810 chipset and a slightly chunkier 3300 mAh battery. The duo is also expected to feature an iris scanner along with support for Qi wireless charging.

Meanwhile, reports of the Surface Pro 4 October launch surfaced back in July. Not much is yet known about the Pro 4, though reports suggest that the upcoming Surface Pro tablet will retain the same super-sleek form factor and might feature Intel’s new Skylake processor, a fingerprint scanner along with the latest Windows 10. It might also stick to the same charging capabilities as that of its predecessor to make sure that accessories like covers and docking stations can be used among devices.

The report also claims that Microsoft is planning to launch a mini version of its Xbox One console, though given the lack of rumors around the company’s console plans, chances of it actually happening seem rather at this point. The Redmond giant is also expected to unveil the Band 2 at the forthcoming October event. Not much is known about the forthcoming wearable, though Microsoft is expected to take feedback from the original Band and try to make its next iteration even better.

Meanwhile, the company is also expected to hold a Windows 10 related hardware event at the IFA conference to be held in Berlin in September, though they won’t be announcing any new Surface tablets or for that matter any flagship smartphone at the event.

Lumia 520 at top worldwide, Lumia 640 gains momentum in the US: AdDuplex

Notably, Microsoft hasn’t announced any new flagship devices this year, which can have attributed to the fact that the company was rather focused on the July 29 global rollout of its latest OS. The last flagship from the company’s stables was the Lumia 930, launched back in April 2014. Hence, a flagship device that showcases the upcoming mobile version of Windows 10 should be the utmost priority for Microsoft.