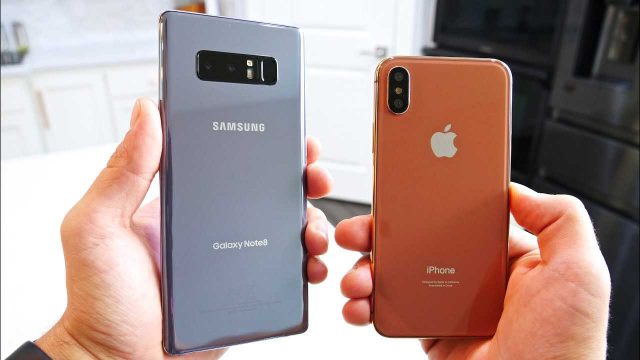 The new iPhone X is the phone to have for Apple fans. The device not only celebrates the 10th anniversary of the iconic device, but it also is a technological marvel in its own right. Of course, the biggest USP of the device is its front display that extends right up to all the four corners, save for a minor notch at the top. And if you thought that is an irritant for an otherwise brilliant OLED display, the notch is also where some of the most likeable features of the device are located. That includes sensors to power its AR capabilities.

In fact, the deep integration of AR in some of the core functions of the iPhone X makes it the first to be so in the history of smartphones. That includes Face ID, the basic security feature of the iPhone X where the users face serves as the password.

Further building on the AR features, the iPhone X also marks the debut of something as revolutionary as animoji – short for animated emoji. Also, the ability for the users themselves to lend their own emotions to the emoji is what makes them so unique. In fact, this could well have been the best makeover that the otherwise rather dumb emojis could have ever had.

The other salient features of the iPhone X include its water and dust resistance, the brilliant 5.8-inch display, dual rear cam, and so on. With an A11 Bionic chip at its core, the new iPhone X is also among the fastest iPhone it has ever been. This, while delivering about 2 hours of better battery life than the iPhone 7.

All of it comes for a price though, which stands at $999 for the base 64 GB variant. The top end model with 256 gigs of storage comes for an eye-popping $1149. Big priced devices are also among those to get the biggest discounts. For the iPhone X, that stands at $300 worth of gift card from Walmart though it requires in-store activation with AT&T or Verizon as the carrier partner. That essentially brings down the prices of the iPhone X to $699 and $849 for the 64 and 256 GB models.

All of that sounds juicy but for those who don’t identify with things Apple, or are keen for something more affordable are also in for luck. Check out all iPhone deals.

Take for instance the bestselling Android flagship, the Galaxy S8, and S8 Plus, both of which benefit from generous discounts. For instance, there is also a $300 gift card for the taking from Target, Walmart and Best Buy for the Galaxy Note 8, S8 and S8 Plus.

Prices of the latest Galaxy handsets post the discount comes down to this:

Samsung is offering an even higher discount of up to $400 on the unlocked Note 8, S8 and S8 Plus after user trade-in with a compatible device.

Apart from Samsung, LG is also offering a $400 rebate when you purchase another LG product after getting LG V30 or V30+. Whereas, Sprint is offering Essential Phone at $5/month contract.

So for those who aren’t too fascinated with the iPhone X or have found it to be too pricey can always opt for the Note8, S8 or S8 plus which can be equally brilliant, if not better.

Cyber Monday 2019: The best deals Microsoft has to offer

Lynn Schindler - February 17, 2020
The foldable display of the recently launched Samsung Galaxy Z Flip may not be as durable as is being claimed by its makers, or...