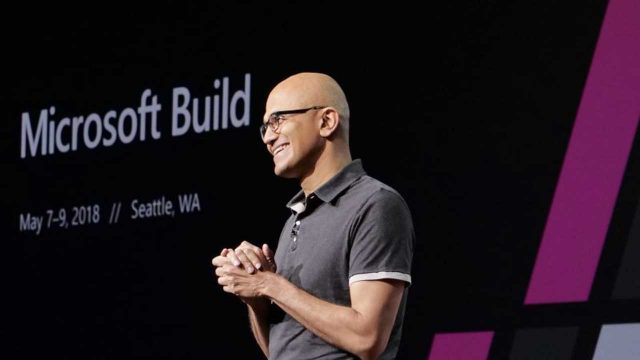 Microsoft’s annual Build conference is currently underway. The 3-day event outlines the development Microsoft made with its product and services though more importantly; the event also showcases what the company has in store for the future.

In that vein, here are some of the biggest and the most exciting announcements made during the event so far.

Your Phone: That refers to a new app the company launched and will essentially reflect whatever is there on the phone onto the desktop. This works for Android and iOS though the same has already been available for Windows Phone for some time already and to some extent at least. The latter bit, however, isn’t of much relevance given that Windows Phone is already dead though it is still nice to see the basic functionality extended to other platforms as well.

Users too will have the added convenience of getting the latest notifications right on their desktops. As such, they won’t have to leave their PCs to pick up the phone each time there is a new ping on their mobiles. The app though is still in the beta phase, and it could be some time before it is launched officially.

Meeting Room: Microsoft is keen to change the way meetings are held, and its way of doing it is with the new Meeting Room set up. The hardware comprises of a 360-degree camera and an array of microphones duly backed up by an AI framework that acts as the brain behind all the machines.

An inherent benefit with Meeting Room is that it allows participants to speak in their own native language, with the AI doing the real-time translation. That apart, the AI framework is also tasked with identification and well as exact transcription of all that has been said during the meeting.

The AI can also record any timelines mentioned and will notify the speaker of the commitments he or she made on a particular day by sending a notification in Microsoft Teams. Microsoft also demoed the concept during the conference, and it turned out to be pretty impressive. However, it still is a work-in-progress thing, and no one knows for sure when it is going to become a reality.

Cortana + Alexa: The coming together of Alexa and Cortana was announced last year itself and there finally is working proof of how the entire thing is going to function like. So with an Amazon device, users will have to use the command, “Alexa, open Cortana” followed by the actual query or another command. That can be like setting a new reminder, asking for the weather report, sending an email and so on.

Similarly, on a Windows device, users will have to use the command, “Cortana, open Alexa” followed by the queries or commands. Again, the nitty-gritties of the marriage are still being worked out, and it could be sometime before it is opened for the public to use.

Kinect shifted to the cloud: Kinect might have been delinked from the Xbox 360 console but isn’t dead yet. Instead, the motion sensing device has a new home, the clouds. In fact, Microsoft seems to have lofty plans for Kinect, which in collaboration with Azure AI services could lead to the development of depth sensing devices that would be more precise but require less power to operate, Alex Kipman, a technical fellow at Microsoft revealed in a blog at LinkedIn. Unfortunately, there isn’t much else that Alex revealed about the new role envisioned for Kinect.

Microsoft Layout: This essentially is a new mixed reality tool that Microsoft announced during the conference. It is compatible with the Microsoft HoloLens as well as any virtual reality headset and will let the user to create a virtual floor plan easily. To make the entire thing look more realistic, users also get to play around with real-scale 3D models so that users can have a clear idea of how things will look like in real life.

Again, this isn’t the first time that an AR-based floor layout mapping application has been developed though Microsoft Layout is more accurate and is aimed at the business community.

Windows 10 Drone SDK in partnership with DJI: This happens to be a surprise announcement made during the event, one that will open the Windows 10 platform to the exciting new world of drones. Assisting the Redmond giant in the new venture will be DJI though the latter would no doubt be limiting themselves to making the actual drone.

Microsoft role, in turn, would be develop the SDK that will allow the entire flight control to be accomplished via a Windows 10 device, including a transfer of data as well where applicable. There will be Microsoft Azure at work here as well with Azure’s AI and machine learning prowess to be put to good use by mapping the aerial imagery collected by the drone to actionable data that can be used in real life by business entities to serve any meaningful purpose.