Also, what seems evident from the images is that both the devices will have the same basic design as the current-gen models, with only the internals getting enhanced. As can be seen, the Surface Laptop 4 is done up in a shade of black and have soft rounded edges. The Microsoft logo occupies pride of place bang in the center.

As for the Surface Pro 8, it is only the front of the device that can be seen and seems to have thick bezels. The back panel sports a white shade while the body is shown to have some grooves. The LTE model of the same is also expected to come with the same identical design as well, with the only change being the addition of an LTE modem.

Meanwhile, both the Surface Laptop 4 and the Surface Pro 8 has also been spotted on the Korean Agency for Technology and Standards (KATS) site. The KATS listing also confirms the exact same model numbers for the two device types, including that for the LTE version of the Surface Pro 8 as well.

In another Windows Central report on this, the two devices will come powered by the latest generation Tiger Lake U-series of processors, while some models will have AMD chips at the core. It’s likely the new Renoir architecture would be chosen by Microsoft for the AMD chips that power the two laptops.

Coming to their launch window, that is expected to happen sometime early next year, maybe around January 2021 itself. 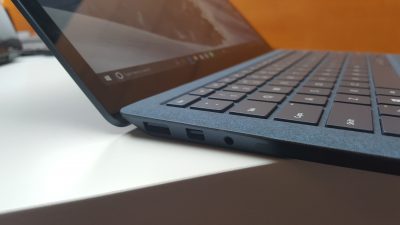