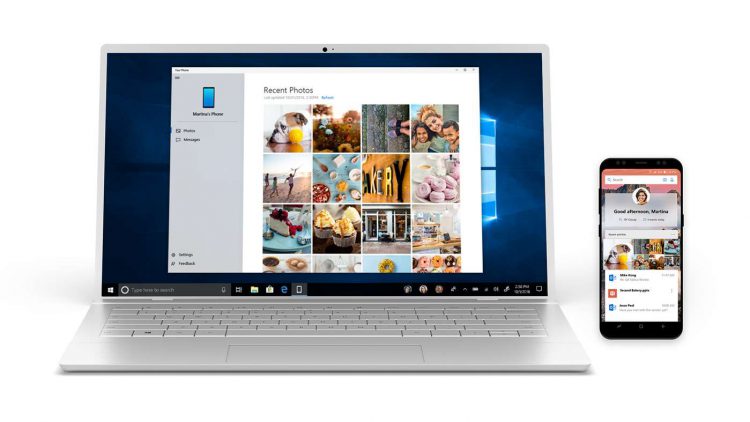 It has just been yesterday that we have been discussing Microsoft’s latest initiative at bringing Android apps to the Windows 10 platform. Fortunately, more details have emerged, providing us with a better insight into what is cooking in the Microsoft camp on this front.

According to Windows Central that first reported on this, the Redmond-based company is internally referring to their efforts of introducing Android apps to Windows 10 as Project Latte. All of that would be powered by what is being referred to as the Windows Subsystem for Linux or WSL.

Microsoft is currently working on providing GUI Linux application support for WSL and GPU acceleration, both of which are expected to enhance the performance of Android apps running via WSL. Besides, Microsoft will also need to provide an Android subsystem for the Android apps to perform optimally on Windows 10.

Another point to note is that Project Latte will likely miss out on having support for Google Play Services. That is because Google restricts the installation of Play Services on any device unless it is running Android or Chrome OS. In that case, apps that need APIs from Play Services will have to be updated to ensure they perform flawlessly. Else, there could be reduced functionality, like say the push notification might be missing.

That is not all, as the applications might also require recompilation for x86 platform. That is unless Microsoft is devising some kind of a workaround here, like an emulation software in between or a compatibility layer for the apps to perform to their fullest potential.

As of now, the best that you can have to run Android on Windows 10 is the Your Phone app. However, that is more of a compromise given that it just mirrors the phone on to the PC display while providing some basic functionality to control the app via your PC. The apps never run natively on the PC, while the feature too is limited to some models of Samsung phones at the moment.

However, we might not need the ‘Your Phone‘ app much if Project Latte becomes a success. The project could be announced sometime during spring 2021, while a formal launch can be expected as part of the Windows 10 fall 2021 update.