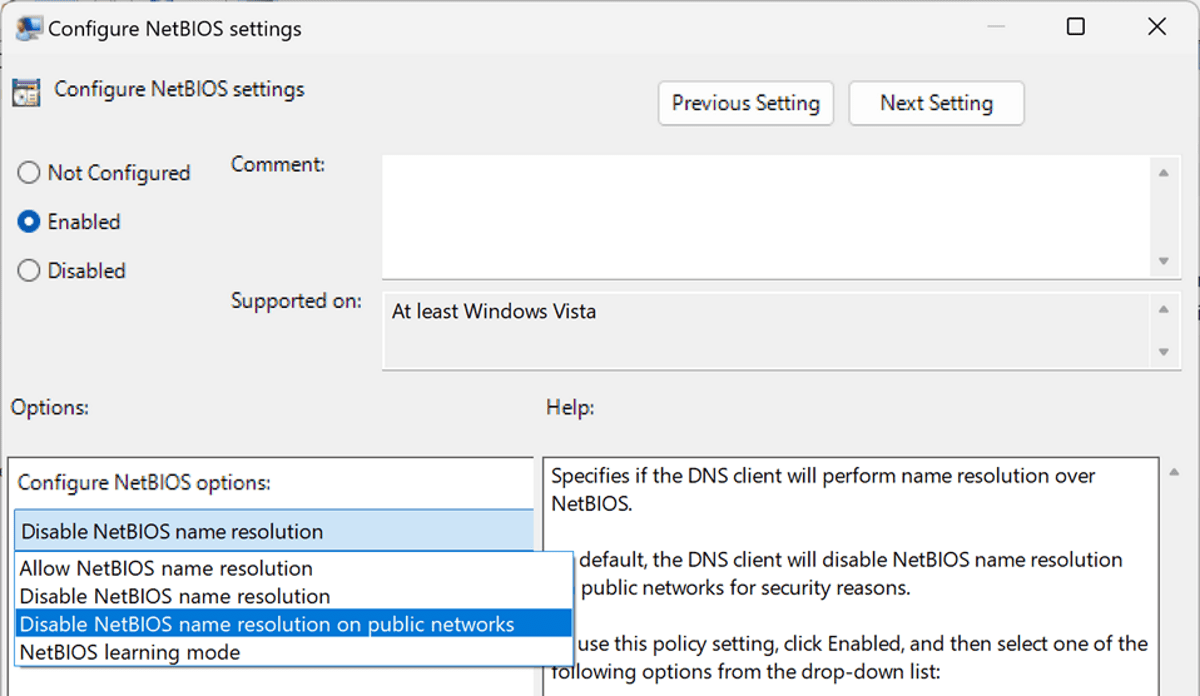 In Aligning on mDNS: ramping down NetBIOS name resolution and LLMNR, Microsoft informs Windows system administrators that it plans to disable the old protocols in future versions of Windows to improve device security and decrease the load on the networks they use.
Microsoft is aware that there are still scenarios and “real-world deployments” in which these protocols are used, but the company is convinced that disabling the protocols by default is the right direction to take.
The company has not started the process of disabling LLMNR by default yet, but it has started the process for NetBIOS.
The NetBIOS protocol is already turned off by default on cellular devices according to Microsoft. In the latest Windows Developer and Beta Insider builds, NetBIOS is in learning mode. Learning mode means that NetBIOS is used as a fallback if mDNS and LLMNR queries fail.
The change may lead to connectivity issues in some cases. Administrators may modify a Group Policy or a Registry value to change the behavior of the protocol.
Note: the Group Policy Editor is only available on Professional and Enterprise editions of Windows. Home edition administrators may modify the behavior in the Registry. 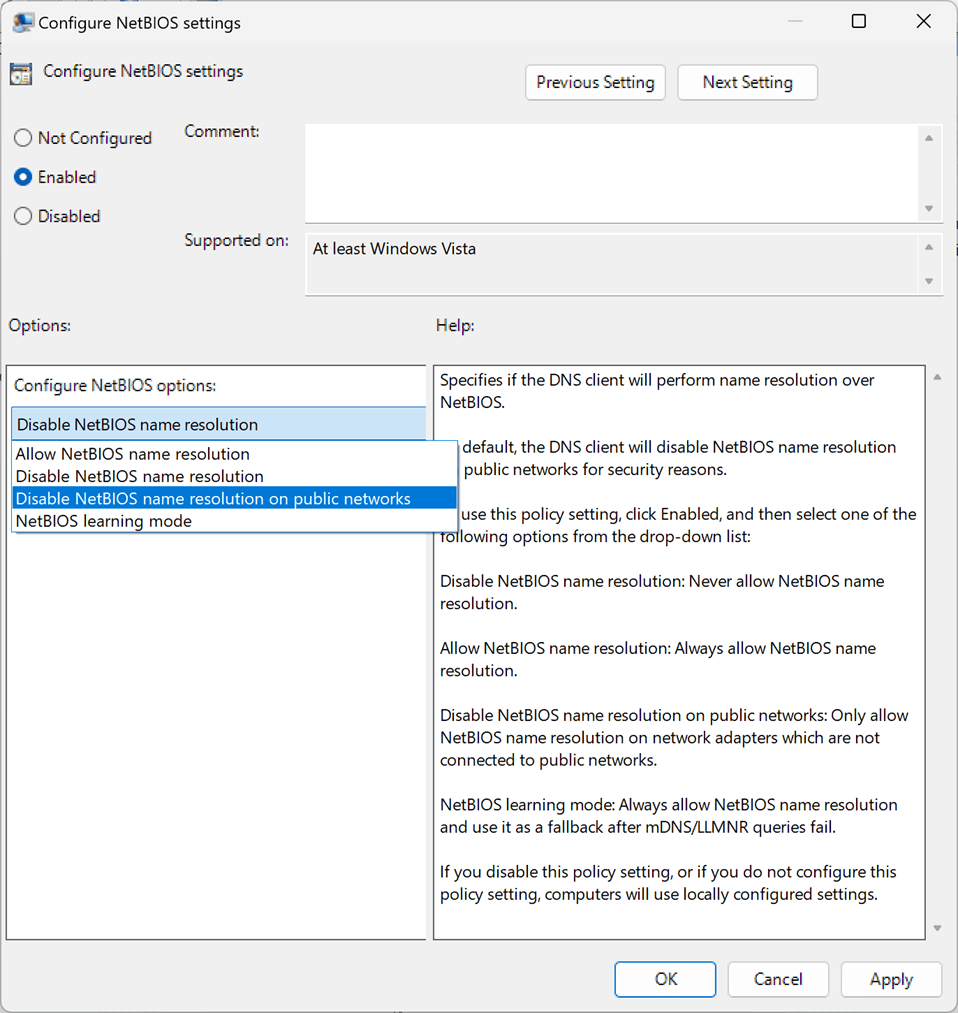 The same options are also available in the Windows Registry.
Closing Words
LLMNR has not been touched yet, but Microsoft plans to make similar changes to this protocol in future builds and versions of the Windows operating system.
Now You: do you use NetBIOS or LLMNR? (via Deskmodder)
Just yesterday, disabled LLMNR and NetBIOS on Win10.
Have to do it on Ubuntu today yet.
https://www.blackhillsinfosec.com/how-to-disable-llmnr-why-you-want-to/
Interesting news….NOT
lol who cares bout that sh1t?
And yet, you had to provide a useless comment.
You should save your comments for more interesting news posts.
Wtf when did MICROSOFT support mDNS? I had no idea Windows 10 supported it. mDNS was Apple’s protocol, implemented in their Bonjour framework. While Windows used initially NetBIOS and since Windows Vista, LLMNR. Now they are phasing out LLMNR too when it works so well for discovering Windows devices at least?
@Jeff
I don’t when MS introduced it, but it must have been a while ago already I guess.
The good thing is it works very well.
@Pet:
“Interesting news….NOT
lol who cares bout that sh1t?”
Found the Microsoft shill!
I have a home network with 10 Win 10 PCs and a 2012 R2 server. Each PC has about a dozen mapped drives to the server which are used extensively all day.
I believe I will lose the ability to browse the network according to another article I read (which will be a PITA), and there may be issues with net view and net use, both of which I also use extensively.
Can I disable netbios?
I had a read of https://www.ionos.com/digitalguide/server/know-how/multicast-dns/
The disadvantages, particularly the last as mentioned in that article are not very attractive.

Abhinav Mishra - May 21, 2022
Editions:En/lifestyle/us-news Our live blog for this Saturday May 14, we will bring you the latest updates on a variety of financial issues like child...

The Only Cryptocurrencies Elon Musk Owns — and Shiba Inu Isn't...