Apple iPhone 13’s display production volume continues to decline even after it has been significantly reduced previously.
It comes amid the prevailing supply mess affecting the whole global market, which heavily disrupted other tech giants as well.
As per a news story by 9to5Mac, the flagship smartphone of Apple has been heavily facing various supply chain issues due to the raging global chip shortage.
On a more recent note, the iPhone maker faces another supply chain mess after the smartphone manufacturers started shutting down due to the continuing spread of COVID-19 in China.
Despite that, it does not mean that Apple is already escaping the wrath of the global chip shortage.
In fact, the ill effects of the chip shortage continue to ruin the production volume of the OLED display supplier of the Cupertino-based tech giant, the Chinese firm BOE.
Interestingly, the Chinese display manufacturer previously had to realistically decrease its display volume production output for the iPhone 13. 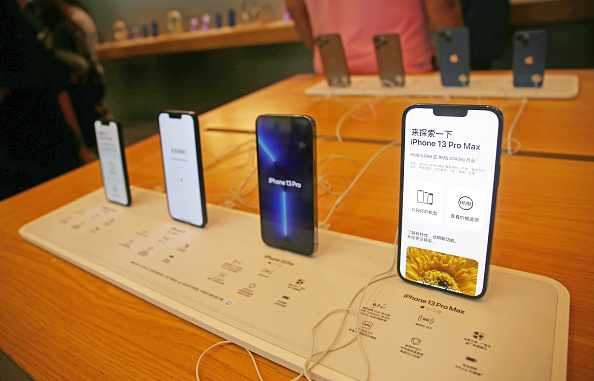 To be more precise, we have previously reported here at Tech Times that the China-based display firm had to lower its output for Apple by 10 million.
The iPhone maker initially expected BOE to deliver about 40 million OLED displays. But the manufacturer had to reduce it to 30 million due to the bleak reality that the chip shortage is still at play.
But as it turns out, that’s not all for the supply chain issues that Apple will face.
According to a recent report by the Korean news outlet TheElec, the display supplier of the iPhone 13 is facing a worsening chip supply situation these days.
In turn, TheElec reported that the production issues that the Chinese manufacturer is currently suffering are bound to extend until next month or May.
It is worth noting that the production volume of BOE started to go down way back in Feb. Now, if the recent report is to be believed, it appears that the declining output is here to stay for roughly one and a half months.
Read Also: [RUMOR] Apple’s iPhone, iPad To Be Hardware Subscription Services; Will This Affect Consumer Ownership?
Despite the ongoing supply issues that BOE is currently encountering, the Chinese manufacturer has recently inked a deal with Apple.
As per the latest report by GizmoChina, the Cupertino giant has already partnered with BOE also to supply the display of its upcoming flagship phone, the iPhone 14, for a whopping $7.75 million deal.
Related Article: Apple iPhone 14 Render Shows Pill Face Camera, Larger Rear Cam-Still No Significant Design Change
This article is owned by Tech Times
Written by Teejay Boris
Sign up for our free newsletter for the Latest coverage!

Abhinav Mishra - May 16, 2022
The Smart TV market space is a hotly contested one with players like Samsung reigning supreme.. However, there are tons of other OEMs that...