By Dade Hayes
Business Editor
HBO Max cracked Apptopia’s list of the 10 most downloaded apps of 2021 in the U.S., while Netflix and Disney+ both fell off the annual chart.
The WarnerMedia service tallied 45 million downloads between December 21, 2020 and December 20, 2021, according to the rankings, ranking No. 10. YouTube had 47 million downloads, placing ninth for the year. (See the full chart below.)
WarnerMedia parent AT&T last October reported 45.2 million total subscribers to HBO and HBO Max as of September 30, but each account can support multiple mobile app downloads. While most streaming occurs on smart TVs or connected TVs rather than on mobile devices, download data offers at least some direction as to a service’s standing.

On a global basis, streaming didn’t have a presence in the Apptopia top 10, with TikTok repeating in the No. 1 spot. With 656 million downloads, the app was well ahead of the No. 2 global draw, Instagram, which had 545 million. TikTok also was the leader in the U.S., with 94 million.
Similar to Sensor Tower and App Annie, Apptopia tracks downloads — meaning net-new installations of an app on a mobile device, usually a phone — via Apple and Google. In China, only Apple’s iOS is counted. Subscription apps require payment in order for a download to happen, though they can be authenticated via a paid subscription on another platform.
HBO Max launched in May 2020, but struggled to gain traction until the end of last year. Once it gained distribution on Amazon and Roku and also began releasing Warner Bros movies at the same time they hit theaters, its numbers began to improve. Two more benchmarks came last summer, when HBO Max expanded outside the U.S. and also introduced a cheaper, ad-supported subscription tier.
On the 2020 Apptopia ranking of U.S. downloads, Disney+ came in eighth with 45 million, and Netflix was No. 10 with 44.7 million.
Overall, Netflix continues to lead all streaming services with 214 million subscribers, though its growth in the U.S. has flattened in recent quarters. Disney in November reported 118.1 million Disney+ subscribers, though the service’s initially white-hot start two years ago has cooled recently.
Here is Apptopia’s 2021 U.S. chart: 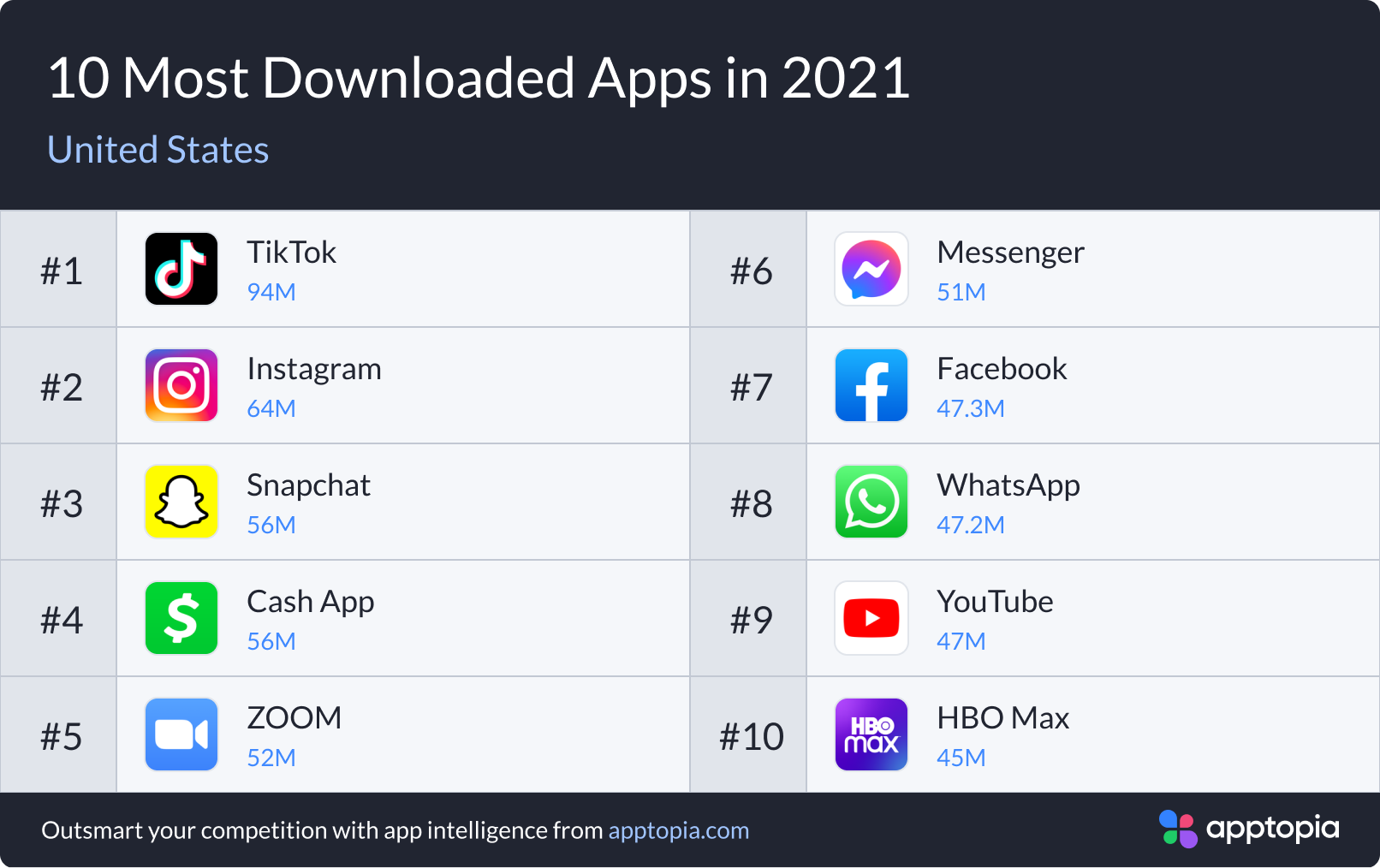 Subscribe to Deadline Breaking News Alerts and keep your inbox happy.
New and returning series on broadcast, cable and streaming
Series that made it or didn’t make it in 2020-21
Broadcast networks’ fall lineups and schedules
Signup for Breaking News Alerts & Newsletters
Get our latest storiesin the feed of your favorite networks
We want to hear from you! Send us a tip using our annonymous form.
Sign up for our breaking news alerts
Deadline is a part of Penske Media Corporation. © 2022 Deadline Hollywood, LLC. All Rights Reserved.

How to Make LibreOffice Look Like Microsoft Office – How-To Geek

Abhinav Mishra - May 18, 2022
Join 425,000 subscribers and get a daily digest of news, geek trivia, and our feature articles.By submitting your email, you agree to the Terms...

The Wait For Tesla Cars Grows Longer As Musk Fails To...