Typically when people convert older cars to electric power, it’s to gain something out of the ownership experience. Be it power, comfort, mechanical simplicity, or just a silent ride, the conversions are typically meant to improve the vehicle in some way. This 1993 Mercedes 500 SL attempt to achieve that, but falls short in a few areas.

Listed for sale on eBay, the car was converted to electric power in 2012 by a company called Electric Vehicle Concepts. The listing states that the car has 89,000 miles (143,232 km) on the odometer, but eBay’s vehicle history report indicates that that number was actually passed by the third of this car’s seven owners, and the actual mileage is about 114,000 miles (183,465 km) as of 2010 when the car was purchased by the seller. We’ll give them the benefit of the doubt on this one though, as they could have meant 89,000 miles on the electric drivetrain.
See Also: This Mercedes 500 SL Made In The ’90s Features Three-Pedals But Only 97CCs Of Engine 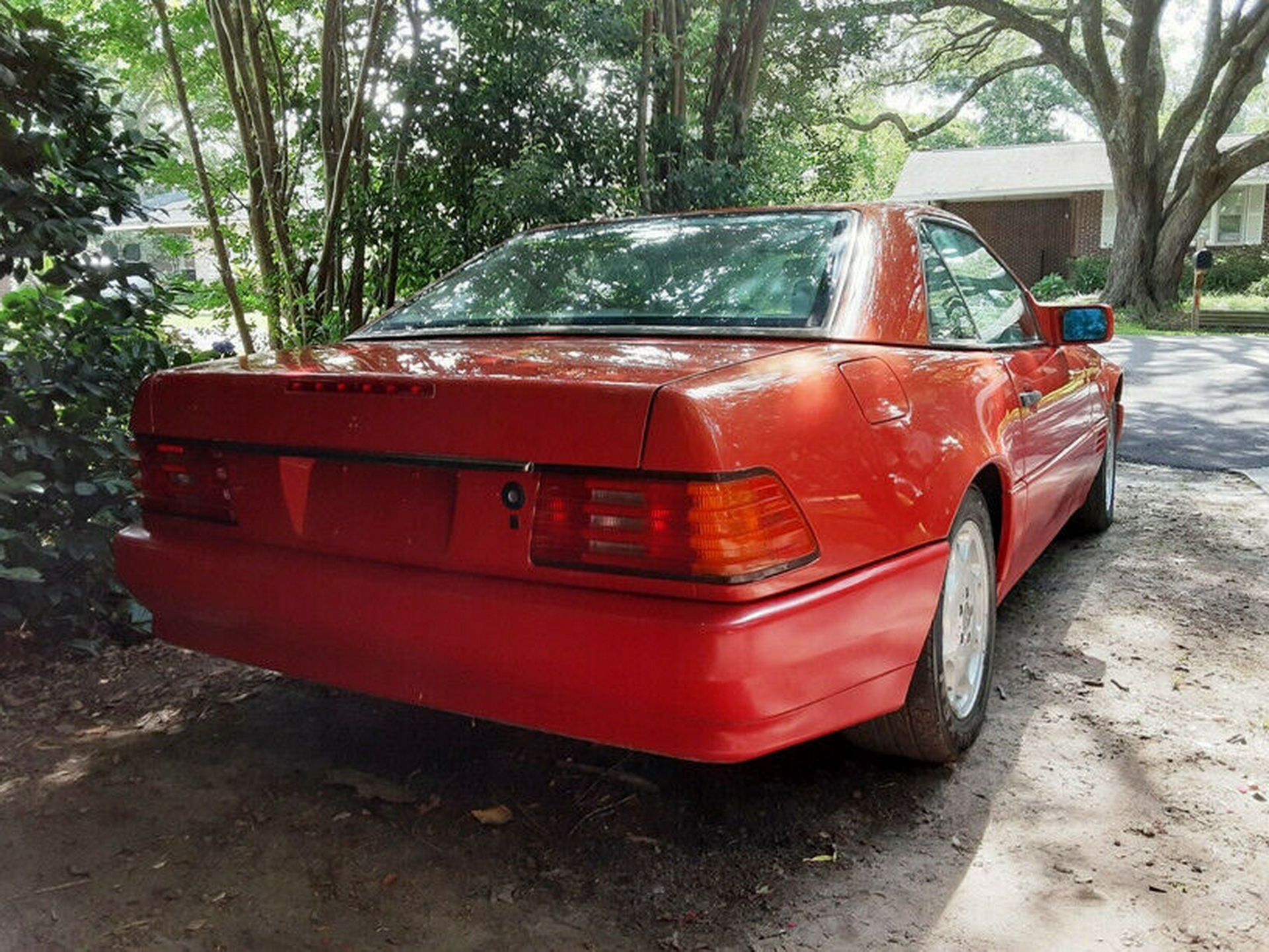 Powering the car is an 11″ NetGain motor connected to the factory 5-speed automatic transmission, but there aren’t any details on how much power it makes or if those figures are more than stock. Charge is stored in batteries sourced from a Nissan Leaf, which were replaced in 2021, and the listing mentions a rather poor range of “over 50 miles” (80 km).
If we assume the batteries are from a 2012 Leaf (the year in which this SL’s EV conversion was performed), that car had around 73 miles (117 km) of range, which would check out with the “over 50” figure. If we assume the batteries are from a 2021 Leaf (the year the batteries were replaced), that car had a minimum range of 149 miles (240 km) and a maximum of 226 miles (364 km). That would make the “over 50” claim even worse, as it would be only around a third of the range of the car the batteries came from. And while those numbers are technically over 50, we’d imagine the listing would mention higher numbers if it could.
Related: Is An Electromodded Classic Alfa Romeo Spider Any Fun To Drive? 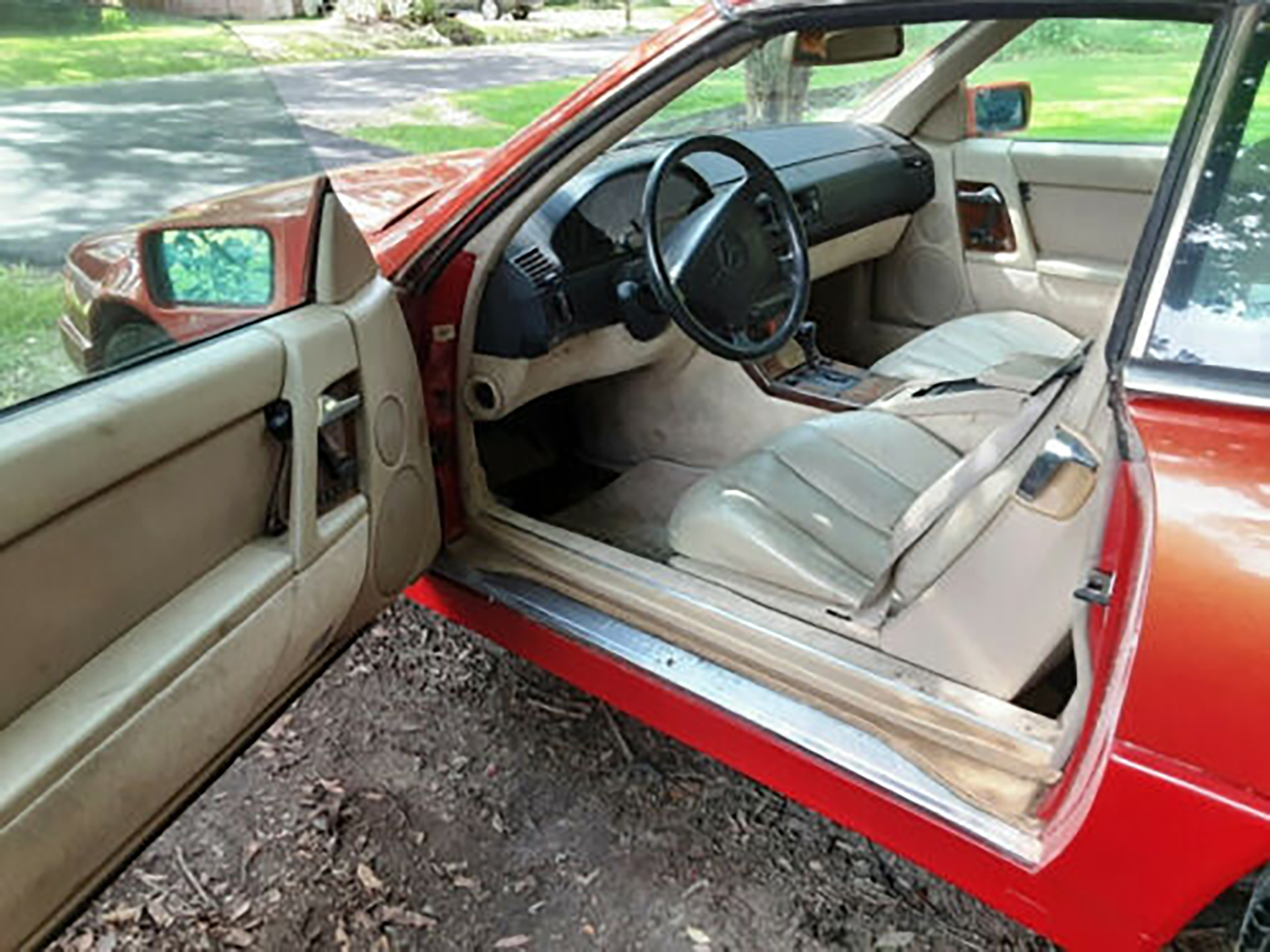 The listing also mentions a top speed of “over 90 mph” (145 km/h). And while that’s not bad, we’d imagine it falls short of the original car’s 155 mph (249 km/h) top speed. Finally, there’s the matter of this car’s pricing. With a starting bid of $14,000, it’s around $5,000 above what other gas-powered 500 SLs with similar mileage are going for, despite arguably being worse. Granted, you are getting what the listing describes as a “one of a kind” vehicle, although uniqueness doesn’t always justify a higher price. But who knows, for the right person, this could be a quirky Mercedes EV worth snatching up. 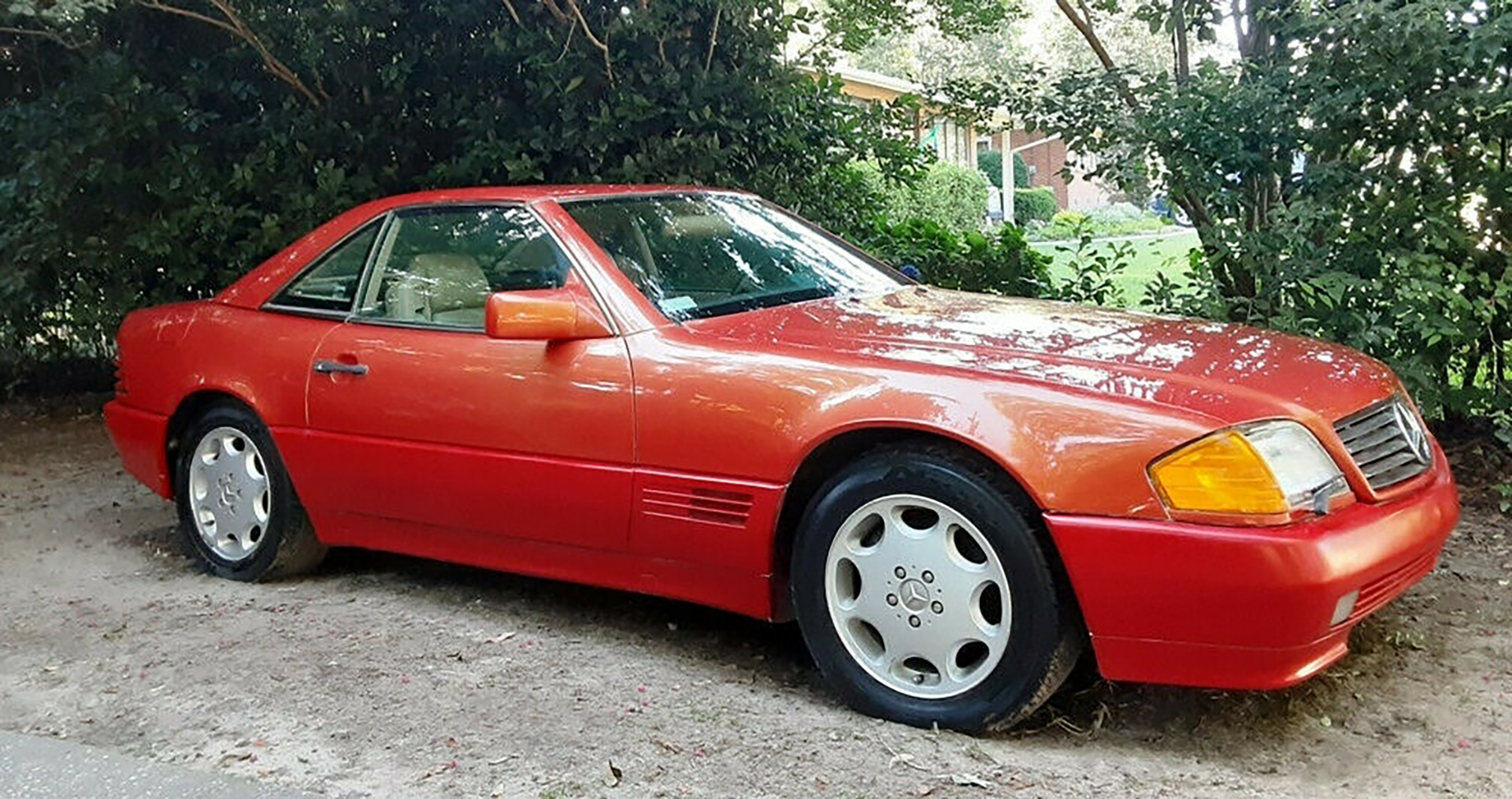 The 500 has been transformed into a niche EV that is better than its predecessor in every possible way.
From fake scoops to bad exhausts and gigantic kidney grilles, there are a lot to pick from.
The GT-R’s owner left the vehicle in neutral and with the parking brake supposedly disengaged.
From driving modes to welcome chimes, these are the sounds that will greet the owners of the BMW i7.
Honda has yet to release powertrain specifications for the e:NS1 and e:NP1.
This is likely the closest you’ll ever get in a brand-new Mazda RX-7 FD from the early ’90s.
Capable of reaching speeds of up to 60 mph, the Brabus Shadow 300 is powered by a 4.6-liter V8.
Cupra’s most powerful model was chosen for leading a pack of DTM race cars in the 2022 season.
The Porsche 911 Turbo has always looked unassuming but provides breathtaking performance.
The car was part of a batch of pre-production trial vehicles and was delivered to a customer “due to an operational oversight”.

Netflix starts testing Android games for users in Poland – The...

Abhinav Mishra - May 18, 2022
Filed under:Two Stranger Things titles are availableNetflix is taking its next step into gaming by allowing subscribers in Poland on Android to play two...

Apple Watch Series 8: everything we know so far, from design...

Strava Is Leaving Older Android Smartwatches in the Dust – Gizmodo