Plus
You are not permitted to download, save or email this image. Visit image gallery to purchase the image.

It might look like a giant bird nest of cables and tin foil, but fingers crossed by next week Nasa’s super pressure balloon and gondola will have been transformed into something of stratospheric wonder after launching from Wanaka Airport.
Nasa balloon programme office chief Debbie Fairbrother said the plan was to test the balloon and a gondola full of equipment this week.
Because Wanaka’s weather does not look promising, the first launch attempt would be delayed until next week.
Ms Fairbrother said the five civil servants and 20 contracted technicians were happy to be back in Wanaka after their 2020 launch preparations were abandoned because of Covid-19.
Nasa staff raced against the clock to pack up and get home to the United States, with some on the last flight out of New Zealand.
For two years, Nasa staff have been patiently waiting to get back to New Zealand to begin more balloon test flights.
Covid-19 could still ground the balloon, so the agency was taking precautions and would be doing community education work virtually, if possible. 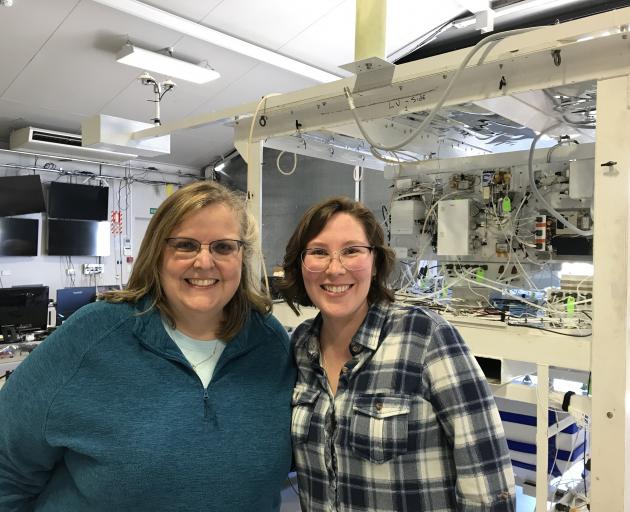 The team had been low key about returning to Wanaka because shipping delays meant it was not known if four containers of equipment would even arrive.
The containers arrived two weeks ago, after a long time sitting in Panama.
Ms Fairbrother said there was an astronomical amount of paperwork needed to get the 39 team members to Wanaka — not all would be coming, but that included backup staff if needed.
Depending on flights, each team member had a different experience.
Some spent seven days in isolation at the border, while the most recent arrivals flew in without any restrictions.
Staff were now setting up electronic, digital, solar, imaging and sensing equipment so they could study the performance of the balloon during inflation, launch, flight and landing.
“We are almost flight ready. We are scheduling our hang test for early Wednesday morning … when there should be no high wind or rain. But we will do it earlier than usual to avoid conflicts with helicopter operations,” Ms Fairbrother said.
The first launch attempt would be next week “at the earliest”, with the goal of finishing the project and leaving New Zealand by May 30.
There would be road closures near the airport on launch day for about 20 minutes.
“Next year we will be looking at what we can do to reduce that time even more,” she said.
Meanwhile, at least 10 engineers were already working on the 2023 launch.
Nasa has also taken over a lease for an airport hangar and will shift into there to prepare for next year’s launch.
—  Marjorie Cook


Advertisement
We are the South’s eyes and ears in crucial council meetings, at court hearings, on the sidelines of sporting events and on the frontline of breaking news.
As our region faces uncharted waters in the wake of a global pandemic, Otago Daily Times continues to bring you local stories that matter.
We employ local journalists and photographers to tell your stories, as other outlets cut local coverage in favour of stories told out of Auckland, Wellington and Christchurch.
You can help us continue to bring you local news you can trust by becoming a supporter.

Tesla: Timing Is Everything – Seeking Alpha

5 overdue Apple Watch features we hope to see in watchOS...