In the last few years, Google Chrome has been the go-to browser for millions worldwide. Accounting for more than 65.21% of the total web browser market share, Chrome’s closest competitor is Apple’s Safari.
It also happens to be the main component of Chrome OS, where it plays a crucial role in handling the majority of web-based applications. 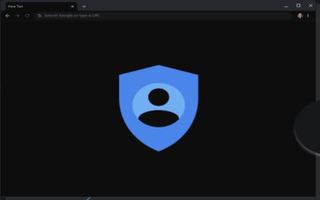 However, Chrome is far from perfect with many complaining about issues such as the address/search bar color glitch and distorted and pixelated images after a recent update.
Adding to the list of issues, several M1 MacBook users say Chrome is crashing for them (1,2,3,4,5). Generic troubleshooting solutions such as restarting the machine, launching in Safe Mode, and reinstalling Chrome do not seem to help either.
Many suggest the problem happens seconds after the app launches while others say the app crashes after a few minutes. Here are some reports from M1 MacBook users for whom Google Chrome is crashing.
Chrome crashing on MacBook Air M1
Hi! Sometimes when i try to open a new window in Chrome, it crashes (closes down). When i open it again i get the option to open the old websites. Why does this keep happening? Is there any way to solve it? I find old threads from 2020, but nothing new about the subject.
(Source)
chrome is constantly crashing on my m1 mac, I have found the location of the crash report under ~/Library/Application Support/ … /crashpad/completed. All the crash reports have a .dmp extension, I tried to open it with some text editor and analyze the root cause, but due to the encoding/decoding issue, the characters displaying are not human-readable, anyone has any idea how to open the .dmp file in the correct way?
(Source)
Unfortunately, both Google and Apple are yet to officially comment on the Chrome crashing issue on M1 MacBook. That said, we did come across some workarounds that might help fix the problem.
The first one requires users to install a really old version of Chrome, which is not really recommended since it won’t have the same features and security patches as the current version.
The second workaround is suggested by a Gold Product Expert and requires users to head over to the chrome://flags page by typing it in the address bar and hit the ‘Reset all’ button.
Another user said deleting the Momentum extension fixed the issue for them, so maybe try uninstalling it to see if it helps.
My Chrome: crashing unexpectedly
me: resetting everything, restarting the laptop, deleting every extension, except my favourite one @momentumdash Finally, deleted Momentum, now we fine So, Momentum isn’t working with M1 🫤 Guys, fix it pliz, Momentum is my default web front
(Source)
We hope Google and Apple soon find out the reason why Chrome is crashing for many M1 MacBook users and fix the problem at the earliest.
As always, we will be keeping tabs on the matter and update this space when the bug is patched so stay tuned.
Note: We have more such stories in our dedicated Google Section so be sure to follow them as well.
PiunikaWeb started as purely an investigative tech journalism website with main focus on ‘breaking’ or ‘exclusive’ news. In no time, our stories got picked up by the likes of Forbes, Foxnews, Gizmodo, TechCrunch, Engadget, The Verge, Macrumors, and many others. Want to know more about us? Head here.
Previous article
Next article
My fascination with technology and computers goes back to the days of Windows XP. Since then, I have been tinkering with OS, mobile phones, and other things. When I am not working on anything, you will find me enjoying video games on some Discord server.
PiunikaWeb.com is owned and operated by DeepSeaGem Technologies India. Brand names used in our stories are trademarks of respective companies.

Where is Outlander Season 6 classed as a Netflix Original? – Claire and Jamie

Where is Outlander Season 6 classed as a Netflix Original? –...