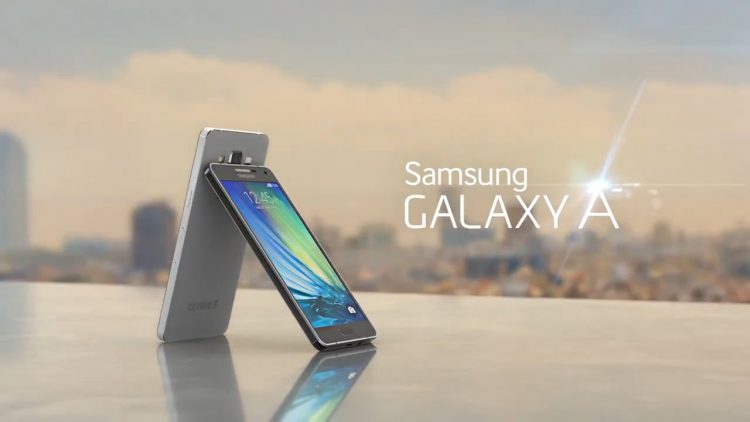 Samsung’s forthcoming Galaxy A8 has yet again been spotted, this time around in a leaked brochure giving us a pretty clear indication of the specifications and features it’ll have on offer when it launches. The most notable of them being the sleek 5.9mm thickness along with a camera similar to the one found on the Galaxy S6.

Going by the brochure, the Galaxy A8 will feature a 5.7-inch Full HD Super AMOLED Display with a pixel density of 389 ppi. It’ll run the latest Android 5.1 Lollipop OS and is expected to get 2GB of RAM, 32GB of internal memory with microSD compatibility.

Connectivity options on the phone include 4G LTE support, Wi-Fi along with Bluetooth 4.0, while juicing up the smartphone would be a 3050mAh battery.

In terms of optics, the A8 is expected to get a 16MP primary camera bundled with LED flash, f/1.9 aperture along with real-time HDR. While on the front, there’s also a 5MP selfie cam. 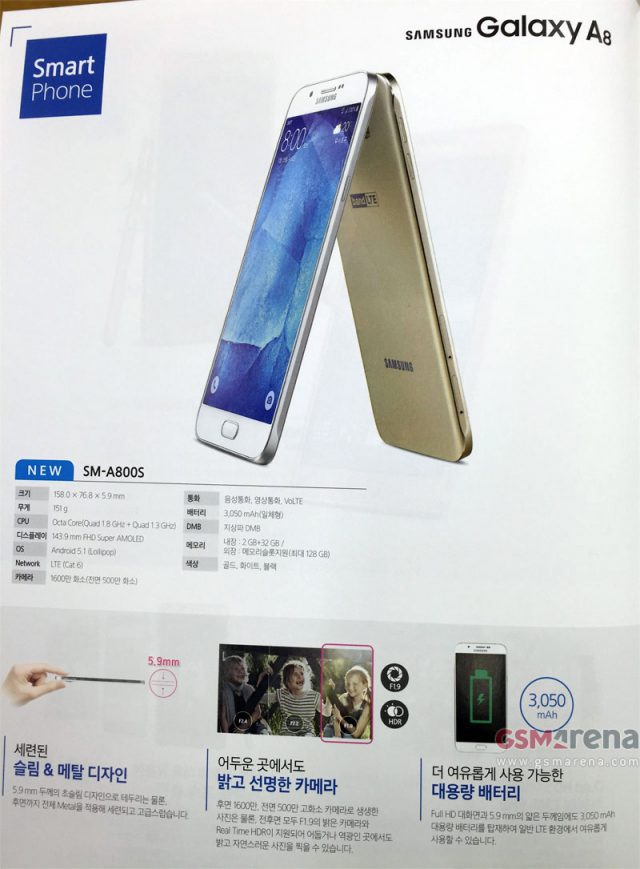 Meanwhile, the upcoming Galaxy A8 will likely be available in two variants – a single SIM variant with an Exynos 5430 octa-core processor, while the other would be a dual-SIM variant powered by a Snapdragon 615 chipset.

The smartphone seen in the brochure seems in conjunction with earlier leaks. Last week, a leaked hands-on video of the smartphone gave us a pretty good idea of how the upcoming smartphone looks like. It doesn’t look like any other A series smartphone we’ve seen in the past, as the design seems to have been inspired by the flagship Galaxy S6 with similar rounded corners and metal frame. The Galaxy A8 will be the thinnest smartphone offered by the Korean manufacturer with a thickness of just 5.9mm.

However, despite the onslaught of leaks, there’s no word yet from the Samsung as to when the smartphone will go on sale. Though it shouldn’t be that far off given the spontaneity of leaks.