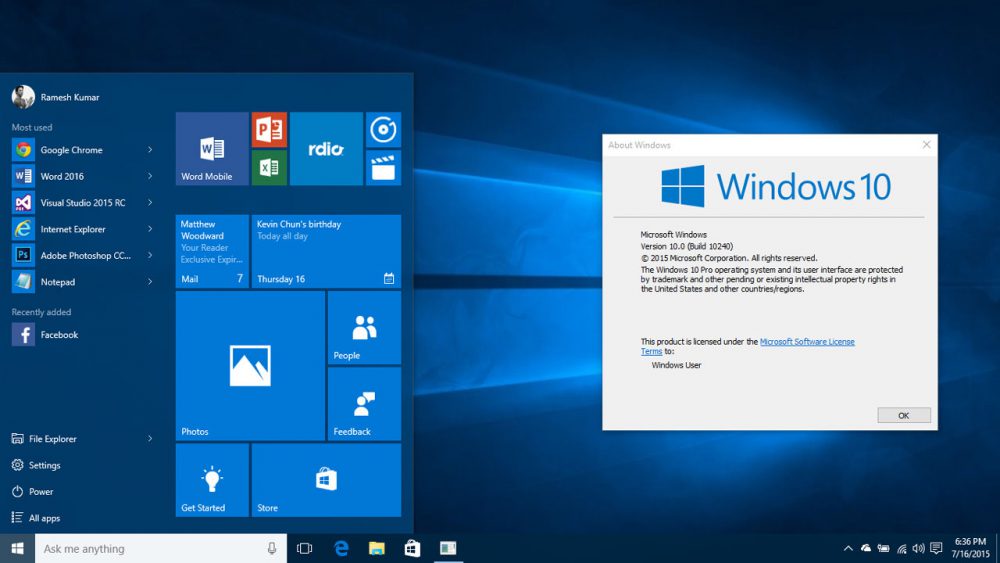 There we have it! Today is the official launch day of Microsoft’s newest Windows 10, which will be available to users in 190 countries starting today. There’s quite a lot to look forward to in the new OS, not to forget the return of the iconic Start menu.

Windows 10 will now be available as a free upgrade for users running Windows 7 or Windows 8.1, and it started seeding out today at midnight ET. Users will receive a pop-up alert to notify them about the upgrade, and is expected to be gradually rolled out to all users over the coming weeks. As users who signed up for the Windows Insider Program will be receiving the upgrade during the initial roll-out phase.

Notably, the free upgrade to Windows 10 will be valid for a period of one year, as after that users will need to subscribe to continue. The move comes as a result of Microsoft’s new strategy as to how it’ll deal with the OS in the future. The company said that Windows 10 will be the last version of the OS, which will come with an annual subscription in the future.

And as the new wave of Windows updates is being rolled out for different time zones, Microsoft is reportedly already consuming over 10Tbps on Content Delivery Networks (CDN) worldwide. While Streaming Media sources suggest that the Redmond giant has reserved up to a massive 40Tbps of bandwidth with major CDNs. Hence, this implies that the company is doing all it can to deploy the new OS to millions of users around the globe.

Meanwhile users who’re interested to get the free Windows 10 upgrade, below is a list of pointers that should get your system prepped for the upgrade:

Microsoft has given good enough reasons for users to upgrade to the new OS. Notably, the addition of the Continuum feature, voice assistant Cortana, not to forget the new and powerful Edge browser along with a slew of features the company has added based on feedback received from members of the Insider program.