Long awaited iPhone for the year 2015 has officially been unwrapped, called the iPhone 6S unveiled alongside its larger sibling the iPhone 6S Plus.

As expected, the ‘S’ range includes a slew of improvements over last year’s models in terms of specs, though looks exactly the same as its predecessor. The most noticeable change over previous gen models is the introduction of 3D Touch. Much like the ‘Force Touch’ featured on the Apple Watch, it has the ability to detect between a light tap and a hard touch on the screen thereby adding an extra layer of functionality both in iOS and while using apps. It also provides haptic feedback with varying levels of vibrations.

The new 3D Touch Technology also enables ‘Quick Actions’, such as new gesture-based shortcuts that allow users to directly switch to other apps just by pressing and holding on the screen.

Other improvements included with the new iPhone 6S is the new A9 chipset, which the Cupertino giant claims to be 70 percent faster than its predecessor and also cranks out 90 percent better graphics performance. Apple also says the iPhone 6S is featuring M9 motion co-processor, which is built directly onto the chip. The M9 chip essentially allows the ‘Hey Siri’ feature to be continuously on even when the battery is low.

Another significant improvement in the latest iPhone is the camera as it gets a significant upgrade over its previous iteration. The primary camera is now a 12MP iSight camera, with the camera sensor now having 50 percent more pixels along with 50 percent more focus pixels, which significantly cuts down noise levels while capturing images.

In addition, the primary camera on the new iPhone is now capable of capturing 4K videos, while the iMovie app lets users edit these 4k videos. 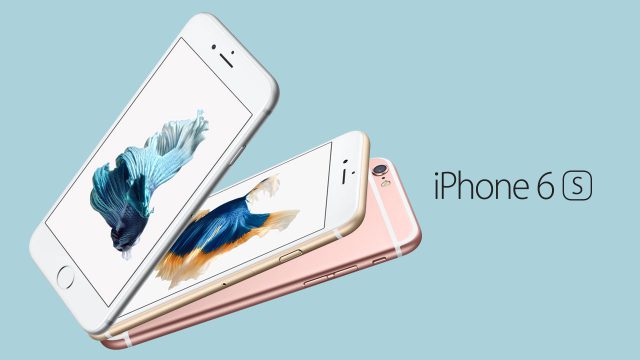 Meanwhile, the front camera also gets an upgrade that is now 5MP. Apple has also introduced a new feature where the phone’s display acts as flash. According to Apple’s Phil Schiller, the display acts as a ‘true tone’ flash called Retina Flash, which makes the display three times brighter than while taking a photo.

And keeping in mind the bendgate of iPhone 6 Plus, Apple has strengthened the durability of the new iPhone 6S and iPhone 6S Plus with the use of 7000 series aluminum.

The new iPhone 6S and iPhone 6S Plus will be available for pre-order starting September 12 while shipping starts September 25. On-contract pricing will be the same as previous-gen models, with 6S starting at $199 and 6S Plus starting at $299.

Storage options remain the same as last year with 16, 64 and 128 GB capacities available. However, there’s a new color addition in the form of ‘Rose Gold’ which joins space gray, silver, and the regular gold as the fourth color option. It’ll also be the first iPhone model that will ship with iOS 9.