Facebook announced the launch of a new app designed specifically for kids to chat with their friends or family. Named simply as Messenger Kids, the app, as perhaps is already discernible, is functional under the strict supervision of parents thereby ensuring a safe and kid-friendly environment for kids to socialize within their circles.

As revealed by Facebook, the kids get to chat with only those contacts that have been approved by their parents. There are a lot of similarities with the general Messenger app in that the kids too have the option to share pictures, videos or text files. If the recipient also happens to be a minor, he or she will get the message on Messenger Kids, else the message opens on the regular Messenger app.

The parental control over the app starts right from the beginning as the kids’ account requires to be set up by the parents themselves. Once that is done, they can have a glance of who among their parent-approved contacts are online, and can engage in a one-on-one chat with them or go for group chats. 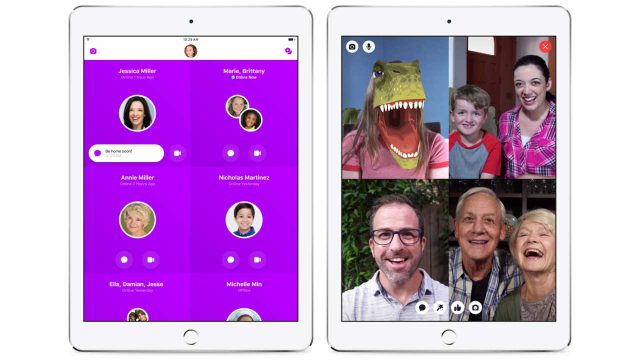 Also, as with most other messaging apps, there are the usual masks, stickers, frames or GIFs that the kids can use to enhance the fun quotient of their chats. Those, of course, are kid friendly and have been designed specifically to appeal to the tender minds.

Facebook said they felt the need to introduce a special kid’s only version of its Messenger app given the increasing tendency among kids to use smartphones and tablets. Also, just as with their adult counterparts, this also revealed the need for them to have their chatting solution that will let them chat with their friends or family members without having to leave their world.

Facebook will use AI to identify those having suicidal thoughts

The social media giant also said the Message Kids app is the result of extensive research and consultations with the parents and other experts. Those include inputs from organizations such as the Blue Star Families or the National PTA. While it became evident kids too need to have their messaging solution that fits the digital upbringing of this age, there is no way one can compromise on the age-old aspects, that of the platform being safe and secure enough for the kids to thrive. And Messenger Kids promises to be just that.