WhatsApp for Business app is now live in select regions 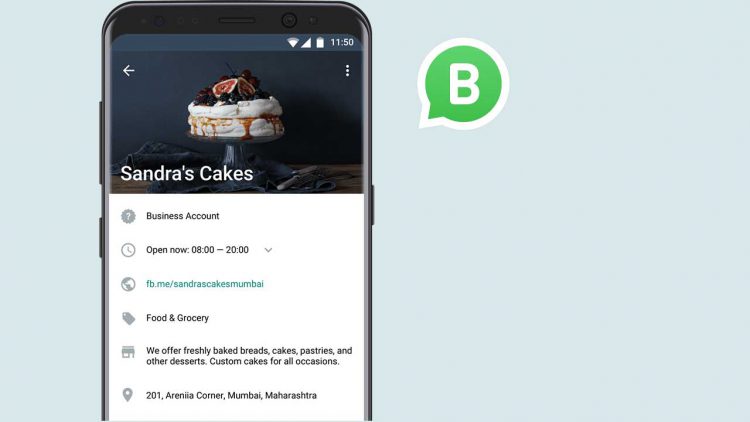 Facebook announced the WhatsApp for Business is now officially available for download from the Google PlayStore. However, that applies to only select countries of the world as the app is only available in Indonesia, Italy, Mexico, the U.K. and the U.S for now.

Facebook, however, has said the app would witness a wider rollout soon where it would be available in more countries. That likely will include India as well where the company had teamed up firms like BookMyShow and MakeMyTrip during the beta testing phase of the app.

Facebook further stated the app would now be applicable to small businesses at the moment. The app is also now available for free though that won’t be the case forever. As WhatsApp Chief Operating Officer Matt Idema said, they do have plans to charge a fee from the companies in future.

The messaging app will also remain the same for the general users with no visible change to be seen. Businesses though will get additional tools and features which are supposed to help connect with their customers in a more convenient manner.

The companies will also be able to maintain a profile on their pages which will contain useful information regarding their business. Those will include details such as their nature of the business, hours of operations, contact info or addresses of their physical locations.

All of the above will come to be referred to as Business Account but can be upgraded to Confirmed Account once the contact details have been confirmed as genuinely applicable to the particular business. This no doubt will enable the companies to enjoy greater respect among its customer base, which again will likely translate to better business for them as well.

Also, the companies will be able to reply to any queries that users might have in a quick and convenient manner. With customers’ doubts cleared efficiently, that likely will ease the way for a purchase made and so on.

The companies will also be able to send a timely greeting to their customers, something that can help hold on to their customer while also win new ones. The customers too will get to know the person they need to interact with is currently available or is busy elsewhere.

WhatsApp will likely see the impact the new business-oriented feature has on small businesses before the same is rolled out for larger companies. No information though as to when that can be expected.