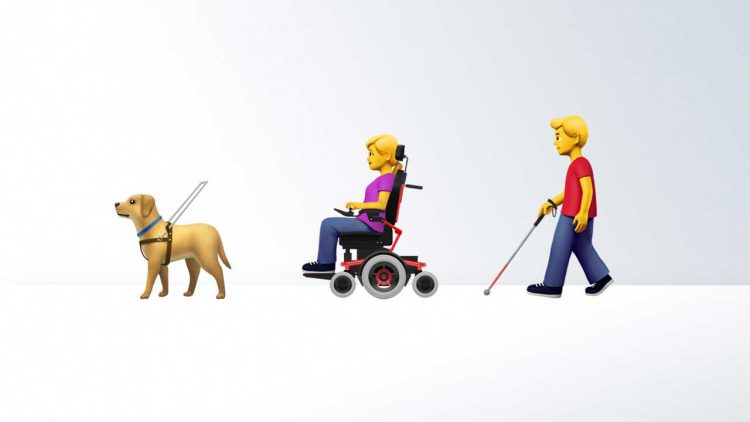 Apple has come up with a few new emoji which it claimed will be the first to truly represent those with some form of physical disability or the other. In all, there are 13 new emoji that have been submitted to the Unicode Consortium for consideration before these become official.

Once the new emoji have been approved by the Unicode Consortium, the apex body that decides on emoji standards, those will be included in the new Emoji version 12.0 update which is expected for launch sometime during early 2019. The 13 new emoji include those that depict men and women but makes up for 45 options when the skin tones are taken into account.

Among the new emoji proposed by Apple include representations for those with hearing aid, people on wheelchair, prosthetic arms, guide dog or people walking with canes. Apple, however, stated these are just the beginning as more such emoji are also in the pipeline.

Apple said it worked closely with representatives of the American Council of the Blind, the Cerebral Palsy Foundation and the National Association of the Deaf to finalize the list of 13 emoji. Among those, the one showing a guide dog with harness is clearly aimed at people with some sort of visual disability. That can be either for someone who is completely blind or with low visibility.

The same also applies for the emoji depicting a person with a cane. That again is aimed to represent people of either gender with some form of visual impairment. There also is the emoji that shows a service dog with vest and leash and is meant to represent dogs trained for ‘detection of seizures or other hidden disabilities’.

Similarly, the emoji showing the index finger pointed to the cheek is meant to depict the ‘deaf sign’ and is in accordance with the American Sign Language. There is also an emoji which shows a hearing aid plugged into the ear.

After that, there is going to be emoji showing people of either gender on a wheelchair. The latter again is of two types – mechanical and electric wheelchair. Lastly, there are prosthetic limbs that show a flexed bicep and a leg. Recently, Unicode consortium approved 157 new emojis to debut around August or September.

Apart from regular emojis, Samsung also recently launched its own AR emojis against Apple Animoji. As the trend suggests, we have bright future for emojis.