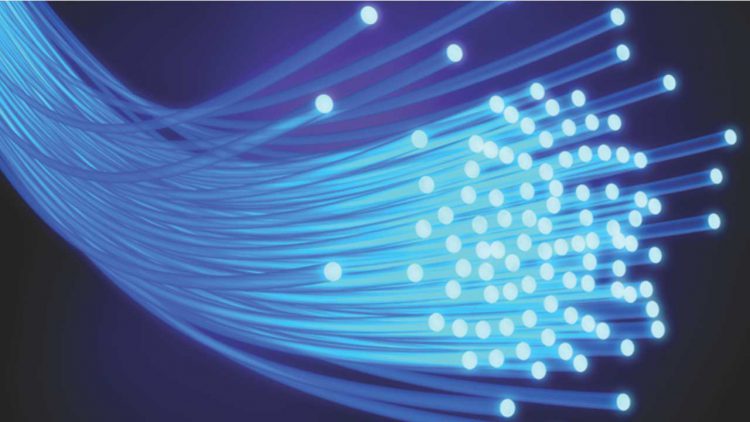 Researchers have pulled off something what could be deemed as a breakthrough in fiber optics transmission. Thursday, a report in Science Magazine suggested that engineers have apparently crossed the threshold limit at which optical signals can be sent through optical fibers. Implying that in the future we might see super faster Internet speeds that too at reduced costs. This breakthrough technology essentially allows more data transmission via fiber optic cables, which form the crux of Internet and other wireless and landline networks.

A long time hassle with fiber optic cables has been that beyond a certain threshold level, any additional power surge leads signals being heavily distorted, eventually resulting in loss of information.

“With fiber optics, after a certain point, the more power you add to the signal, the more distortion you get, in effect preventing a longer reach,” said Nikola Alic, a research scientist from the Qualcomm Institute at the University of California, San Diego. “Our approach removes this power limit, which in turn extends how far signals can travel in optical fiber without needing a repeater,” said Alic, study corresponding author.

Which is why this breakthrough has caught everyone’s attention, moreover with the demand for Internet usage substantially on a rise, this innovation seems all the more timely.

Electrical engineers were able to increase the power of optical signals by nearly 20 times, as they were able to successfully render information after it traveled a record breaking 7,400 miles, without even the use of those costly regenerators essentially deployed to improve signal strength.

Information is transmitted via carriers in optical fibers that operate across a range of varied frequencies. As one to tries induce more power through fiber optic cables, the amount of ‘crosstalk’, or signal interference between carriers rises and eventually becomes distorted beyond repair, hence information cannot be decoded at the other end.
To break these signal distortions, researchers have developed wideband ‘frequency combs’ to reduce ‘crosstalks’ or interference that usually arises when huge chunks of information are transmitted via optical fibers, eventually making them predictable and hence can be deciphered at the receiving end.

“We have presented a method for leveraging the crosstalk to remove the power barrier for optical fiber,” said the researchers.

Though these are still early days and there’s a lot more parameters to consider before this finding can be applied to real world Internet improvements. Nevertheless, it’s an important step towards a promising future with the potential to provide faster Internet speeds at much lower costs.

Facebook is WATCHING what you’re watching on the social network