Twitter has added a new feature to its profile information page – birthdate. The micro-blogging site says that the feature has been added so that users can see “more relevant content, including ads.” In addition, there’ll be a slew of colorful balloons floating around their profile pages on their birthdays.

“If you choose to add your birthday to your profile, it will be displayed to the audience that you’ve chosen. It will also be used to customize your Twitter experience. For example, we will use your birthday to show you more relevant content, including ads”, explains Twitter.

To add your birthday, just head over to ‘edit profile’ and there’ll be the new option to add birthdate.  If you do decide to enter your birthday, you can select whether to share the information publicly with your followers or just keep it to yourself.

The move is obviously a ploy to bolster advertising revenue on the platform, similar to what Facebook has been doing since 2010 which has helped them build pull in more than $3 billion revenue quarterly. 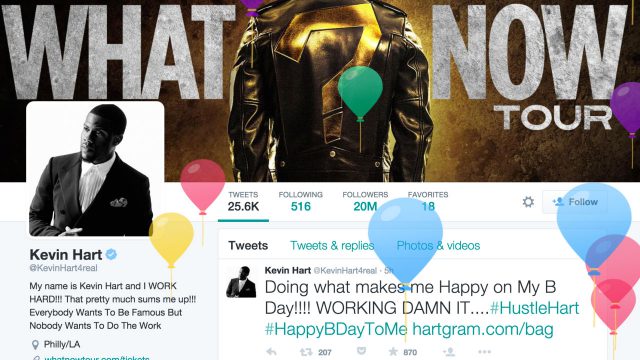 Facebook essentially allowed users to punch in more personal information such as gender, place of birth and more which helped the company collect acquire a massive data pool of personal user information. In the case of Twitter, it does not have parameters for gender, hometown or education, hence making its knowledge of biographical user information is way behind Facebook. The move might help Twitter bridge the gap between them and users, and adding the birthday feature seems like a good start.

Just last month, Twitter announced that it’ll be testing two new pages namely – product and places, another attempt to attract advertisers and drive e-commerce on the platform. During last fall, the company rolled out a Buy button.

Though for now, bolstering advertising revenue seems to be the utmost priority for the company’s top management, and the addition of the new ‘birthdate’ is a pretty good indication of what it aims to achieve in the coming future.