Inferse.com
Home Technology OnePlus 2 – Everything you need to know about 2016 Flagship Killer OnePlus did send shockwaves in the smartphone market with its One smartphone launched last year, a flagship type phone that too at half the price compared to other established manufacturers. The company for obvious reasons is carrying over the same formula with its next OnePlus 2 smartphone, officially unveiled on Monday.

Priced at $329 for an unlocked 16 GB version and $389 for the 64GB variant, the OnePlus Two gets a slightly higher price tag than its predecessor. It gets a new aluminum and magnesium frame that comes with customizable back panels. In terms of specs, the smartphone gets a 5.5 inch Full HD display, while the innards include a Qualcomm Snapdragon 810 processor bundled with 3GB of RAM for the 16GB variant, while 64GB model gets 4GB of RAM.

Optics on the OnePlus 2 include a 13MP rear facing camera with Optical Image Stabilization (OIS) while on the front it gets a 5MP selfie cam. The primary camera is also equipped with a dual-tone flash along with laser focusing system. Another notable change is the inclusion of the USB Type-C connector, replacing the microUSB port, for charging and data transfer. 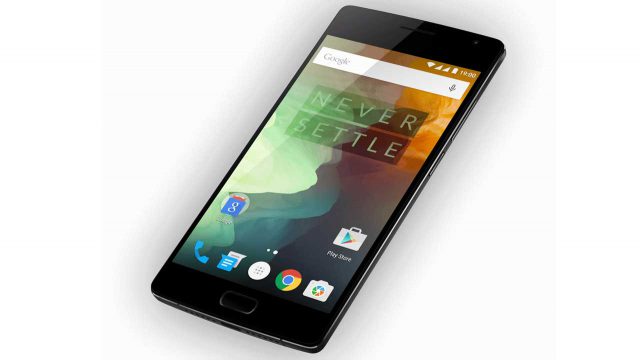 Also, OnePlus has adopted its proprietary OxygenOS in its latest offering, snubbing Cyanogen OS following a legal dispute over Cyanogen’s exclusive deal with Indian manufacturer Micromax. OxygenOS has a striking similarity with Android Lollipop’s stock interface, though includes a few tweaks for its Camera and Audio Tuner app along with support for gestures.

The 64GB variant of the OnePlus 2 will arrive in the US starting August 11 while its 16GB variant is expected to arrive later and will be available without a contract. Unfortunately, the company is sticking with the infuriating invite system for the OnePlus 2 just like last year. Hence, you’ll only be able to pre-order if you get an invite. While customers who’ve purchased the One will be given priority invites to buy the OnePlus 2. The company will also be offering invites at nine pop-up experience centers on July 31 located around the world and on its social media accounts starting August 1. Also, the company says those who purchase the OnePlus 2 will also be able to share three invites with friends.

The smartphone is already taken Twitterverse by storm as it was trending worldwide on the micro-blogging site till late Monday night. “We are more confident this year than last year. We’re leading the market,” said OnePlus co-founder Carl Pei.