Google has now been trimmed down as it becomes a subsidiary to the larger parent holding company called ‘Alphabet.’ Indian-born Sundar Pichai has now been appointed as the new CEO who’ll oversee operations at Google, while former CEO and co-founder Larry Page would be heading the newly formed parent entity along with Sergey Brin who’ll be acting as President.

According to Page, Alphabet signifies a collection of companies, the largest of the lot being Google. Hence, the move embarks a new journey for Page and Google with the creation of Alphabet Inc., that’ll house many of its subsidiaries from new ventures like its Autonomous cars, SideWalk Labs, Google X and more.

Page made the announcement on Monday, giving the press a fully detailed account as to their motive behind the whole shift. He stressed upon the fact that by creating a separate holding company in the form of Alphabet, it’ll allow them to focus solely on more disruptive and ambitious technology-driven projects, giving them the opportunity to streamline funds and handle daily operations more effectively for its underlying companies. 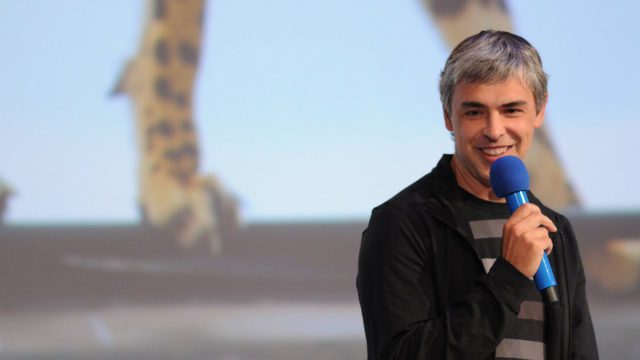 The radical organizational shift is something similar to the way companies like General Electric are organized, with a command center of sorts that’ll act as the Central Processing Unit to oversee and manage activities such as finance and other independent business activities. For instance, with Google being headed by Pichai now, it’ll allow Page to focus more on new ventures such as Calcico or SideWalk Labs and allocate the necessary funds for research and development, while Pichai takes care of Google.

The move also reflects a massive financial restructuring within the company. As Alphabet Inc. now replaces Google Inc. as the public entity on the Wall Street, hence all shares of Google will automatically be converted into shares of parent company Alphabet. Financial experts seem rather impressed with Page’s new move, as it’ll offer investors and shareholders more transparency about some of Google’s ambitious and experimental business units.

Notably, right after the announcement, shares of Google saw a spike of 5 percentage points and rising even further to 6 percent during after-hours trading. This implies that investors clearly prefer the new change, as it’ll be easier for them to keep track on which businesses are doing well and which ones are not. Page says that more details will be released as to how they will restructure its various entities ‘later this year’, though so far it seems investors really like the idea.

Larry Page will now play the top role at Alphabet while Sergey Brin will act as president of the newly formed entity. Alphabet will now act as the holding company comprising Google Inc, Calcico – its research devoted to longevity, Life Sciences – a division of Google X, Nest – its Internet of Things initiative, and also includes Fiber, Google Ventures and Google X. While the newly appointed Google CEO Sunder Pichai will now oversee Google’s catalogue of products which include Search, Ads, Maps, YouTube and Android along with other related infrastructure.