Famous leakster Even Blass aka @evleaks who apparently has a track record of some credible leaks in the past, has now posted a GIF image which shows a BlackBerry device running the company’s Productivity suite of apps on the rumored BlackBerry ‘Venice’ Android phone. In the tweet, accompanied by the GIF image was a note that read, “Nothing else keeps you as productive as BlackBerry.”

The GIF essentially shows the alleged ‘Venice’ phone and the extended keyboard, along with an OS that looks like a stock version of Android, however Blass has confirmed that the upcoming BlackBerry smartphone ‘is no stock Android handset’. He further added that the device could also get a plethora of features from BlackBerry 10 and BlackBerry Productivity, which essentially brings the Hub, BlackBerry Calendar, BlackBerry Contacts, Docs to Go, the BlackBerry Keyboard along with Universal Search. 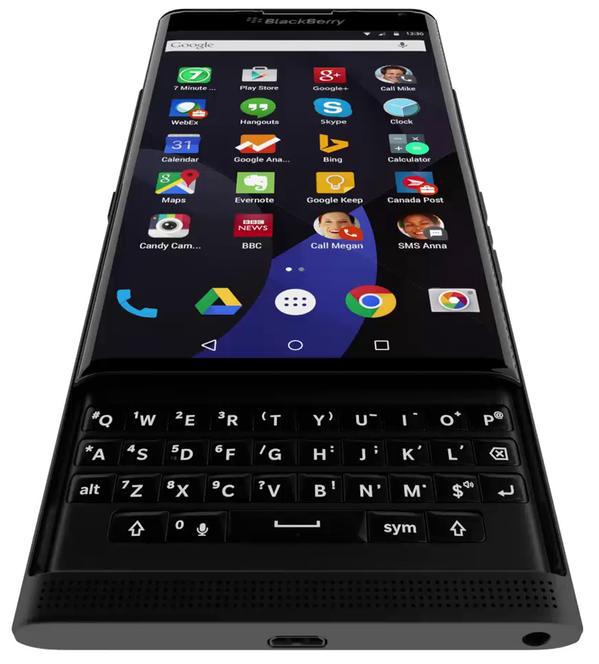 Hence, the upcoming device will be more than just an AOSP device, which will likely showcase a blend of a modern day OS with the company’s in-house platform.

While just last week, a slew of GIF videos of the Venice slider phone also popped up on the web, which apparently showcased the rumored device running Android apps such as the Play store, Google Maps and Android for Work. In addition, Blass also mentions that the alleged ‘Venice’ smartphone is ‘confirmed for a November release on all four national US carriers.’

Based on earlier leaks and reports, the BlackBerry Venice slider is expected to get a 5.4-inch QHD (1440x2560p) display, a 1.8Ghz hexa-core Snapdragon 808 SoC bundled with 3GB of RAM. While optics onboard is rumored to be an 18MP primary camera, along with a 5MP front-facing camera.

Meanwhile, a BlackBerry Passport smartphone has also been spotted in multiple images running Android 5.1 Lollipop, along with a video of the same running Google’s Android Lollipop 5.1.  However, the leaked image has a tagline that reads ‘Not for Sale’ which suggests that the company could be testing as to how the OS runs on the handset.