Since the launch of Microsoft’s latest Windows 10 for PCs last month, the company has been facing immense backlash over various privacy intrusions. So much so that the private torrent tracker iTS has now decided banned its members from using the new operating system as it considers these new anti-privacy policies as ‘terrible’. The root cause of the problem originates largely from the Windows maker’s new services agreements, which according to Microsoft will only cover select Windows 10 apps and services such as Cortana, Skype and Xbox Live.

The company explained in an official note that they’ll keep a track on the version of the software you’re using and will download ‘software updates and configuration changes’, which will include updates that’ll stop users from accessing such services, pirated games, or the use of ‘ unauthorized hardware peripheral devices’.

While the policy change has not actually been implemented yet, though many piracy enthusiasts are already viewing the change with a lot of contempt. iTS explains that the policy change would allow Microsoft to monitor ‘the contents of your local disks’ and share them with MarkMonitor, the company’s anti-piracy partner. 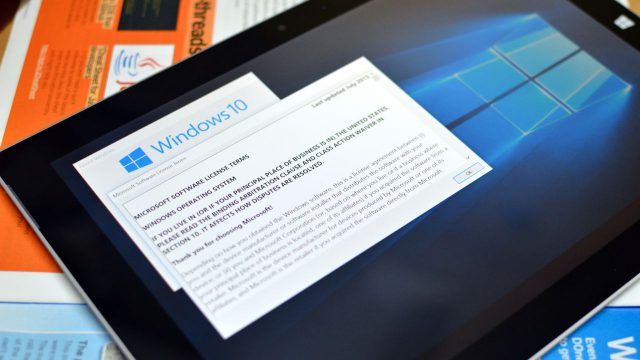 “Amongst other things Windows 10 sends the contents of your local disks directly to one of their servers. Obviously this goes way too far and is a serious threat to sites like ours which is why we had to take measures,” said iTS staff.

Hence, as a precautionary measure to combat these perceived privacy intrusions, iTS has decided to ban the OS completely for now. Many trackers are now following suite that include torrent trackers such as BB and FSC.

The Redmond giant is yet to provide an official clarification on the updated agreement as to the scope of such a change, as the EULA seems to be limited to Microsoft’s own services, as opposed to the entire Windows 10 ecosystem as a whole.

Hence for now, it seems iTS is just being rather paranoid as the same issues have been highlighted with earlier versions of Windows as well, which is quite fair given the fact that you have to manage a torrent community. Once the company sheds more light on the matter and gives an official statement as to the scope of such changes, torrent communities might become more acceptable of the new OS.